3,200 pounds of cocaine seized at Port of New York/Newark, largest in 25 years 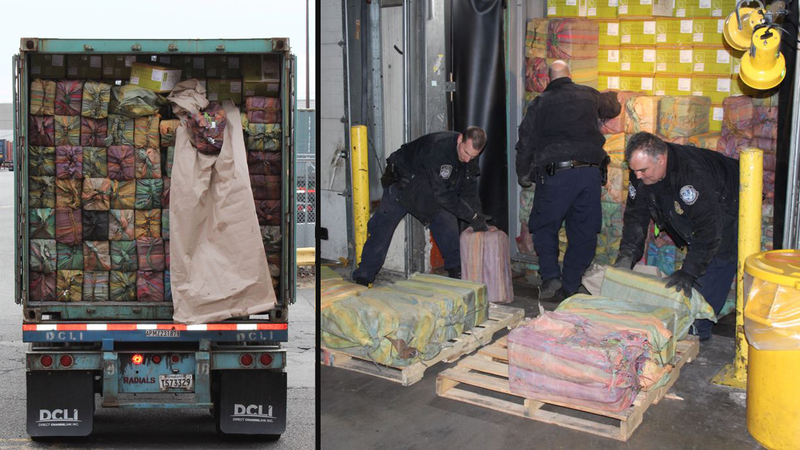 3,200 pounds of cocaine seized at Port of New York/Newark, largest in 25 years

NEWARK, New Jersey (WPVI) -- The NYPD and federal agents seized 3,200 pounds of cocaine with a street value of $77 million at the Port of New York/Newark, making it the largest cocaine seizure in 25 years.

WABC-TV reports, the U.S. Coast Guard, Homeland Security Investigations, the Drug Enforcement Administration, the NYPD, and the New York State Police were all involved in the joint operation, which happened February 28.

Authorities say 60 packages of a white powdery substance tested positive for cocaine after being discovered in a shipping container. Officials say it is the second largest cocaine seizure ever at the Port of New York/Newark.

"The proliferation of illegal drugs in New York City will never be tolerated, neither by law enforcement nor by the people we serve," NYPD Commission James O'Neill said. "The NYPD and its law enforcement partners remain committed to identifying and stopping all illegal narcotics by attacking their distribution networks on every level. Through significant seizures such as this, we will continue to make every neighborhood in our nation's safest large city even safer."

Customs and Border Protection officers seized the illicit drugs and turned them over to Homeland Security agents for further investigations.