Police have released images of two suspects wanted in connection with the murder.
WPVI
By Rick Williams and Heather Grubola 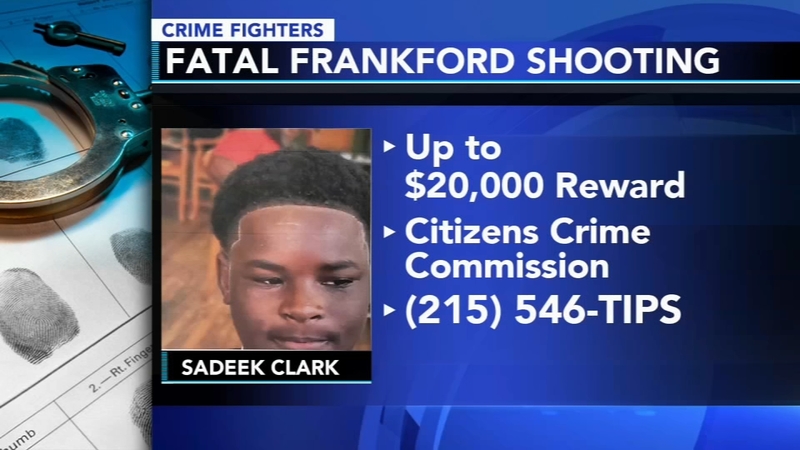 PHILADELPHIA (WPVI) -- A 12-year-old boy was gunned down inside his Philadelphia home.

Police say the suspect called the child by name and hope someone will come forward with information to solve this murder.

The family and friends of 12-year-old Sadeek Clark continue to grieve over his loss now more than a year later.

On Sunday, November 22, 2020, Clark was in his home with his grandmother and 9-year-old sister along the 5000 block of Ditman Street in Philadelphia's Frankford section.

Police say just before 3 a.m., there was a knock on the door.

"Answering the door was Sadeek Clark, who was shot," said Santo Montecalvo of the Citizens Crime Commission. "Unit Medic Two also responded and pronounced the child, and I say child because this kid who got shot was 12 years old, 12, I mean I can't fathom this."

Police said the suspect called Clark's name. The bullet went through a window and hit Clark in the head.

His family said he was a good boy who helped others.

"He volunteered his services at church. He helped people deliver food, helped give out food. He helped kids in the area and in the school area fixing their bikes," said Montecalvo.

Police have released images of two suspects wanted in connection with the murder.

They note that one of the suspects had a reflective band around an ankle.

"Pick up the phone and get involved," Montecalvo said.