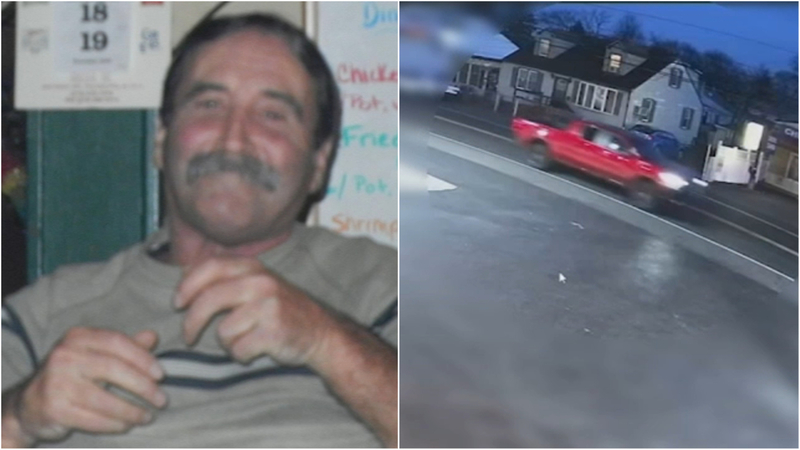 Kevin Michael Baker Jr. turned himself in on Monday, April 25, 2022. He faces charges of accidents involving death or personal injury, tampering with physical evidence, and failure to stop and give information or render aid.

Dugan died at the hospital.

Dugan's daughter, Jamie Santos, told Action News last year that she still can't process that someone left her dad lying in the road.

"They took me back and I saw my dad laying on the bed completely lifeless. That sums up my Christmas Eve," recalled John Dugan's daughter.

"They took me back and I saw my dad lying on the bed completely lifeless. That sums up my Christmas Eve," said Santos.

Authorities said Baker fled the scene after the crash.

"I'm grateful to the members of the Bucks County Grand Jury for their role in solving this mystery," District Attorney Matt Weintraub said. "We will take their recommendation to heart by commencing prosecution of Mr. Baker."

A woman with Dugan told police they were crossing State Road when he fell on the road, likely caused by a medical condition that causes his legs and feet to give out. The woman told police she tried to help Dugan up, but a truck "passed me real fast and hit John," according to the Grand Jury presentment.

Investigators say Baker had attempted to clean the driver's side of the front bumper and repair a fog light that was damaged in the crash.