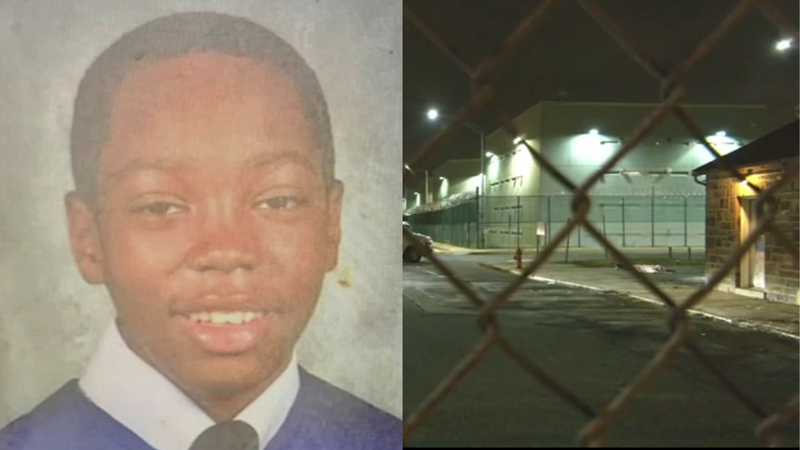 PHILADELPHIA (WPVI) -- The main gate of the Curran Fromhold Correctional Facility is now the focus of a murder investigation.

The man killed was 20-year-old Rodney Hargrove. Now his family wants to know how this could have happened near prison grounds.

"They took my boy," said his father.

Authorities say Hargrove was shot and killed outside the prison he was released from Thursday morning.

"Nobody should be getting shot getting out of jail," said his cousin, Khalid Walter.

Officials say Hargrove was locked up a week ago on six charges, including carrying a firearm without a license. He was released just after 1 a.m. after his dad bailed him out.

Prison personnel transported Hargrove across the street to a SEPTA bus stop.

While waiting on family for nearly an hour, officials say Hargrove ran back onto prison grounds while being chased by a vehicle.

Authorities say Hargrove ran past the entrance gate where a guard usually is posted, and the vehicle followed.

Hargrove was shot and killed feet from the raised gate.

Now his family is demanding answers.

"There's usually a guard that attends that booth where he was at," said his grandfather. "The shooters, whoever they are, how would you know what time he was getting out of jail?"

His grandmother says he was a good person and can't think of anyone who would be after him.

"I just can't describe the thought of living without him. I just wish he were here. I wish I could hold him and touch him and make it all go away," said Cheryl Hargrove.

Investigators say guards saw a dark-colored vehicle speeding from the scene after leaving through the gate.