Delaware was just the second No. 5 seed to advance to the CAA tournament final in the league's 40 years.
WPVI 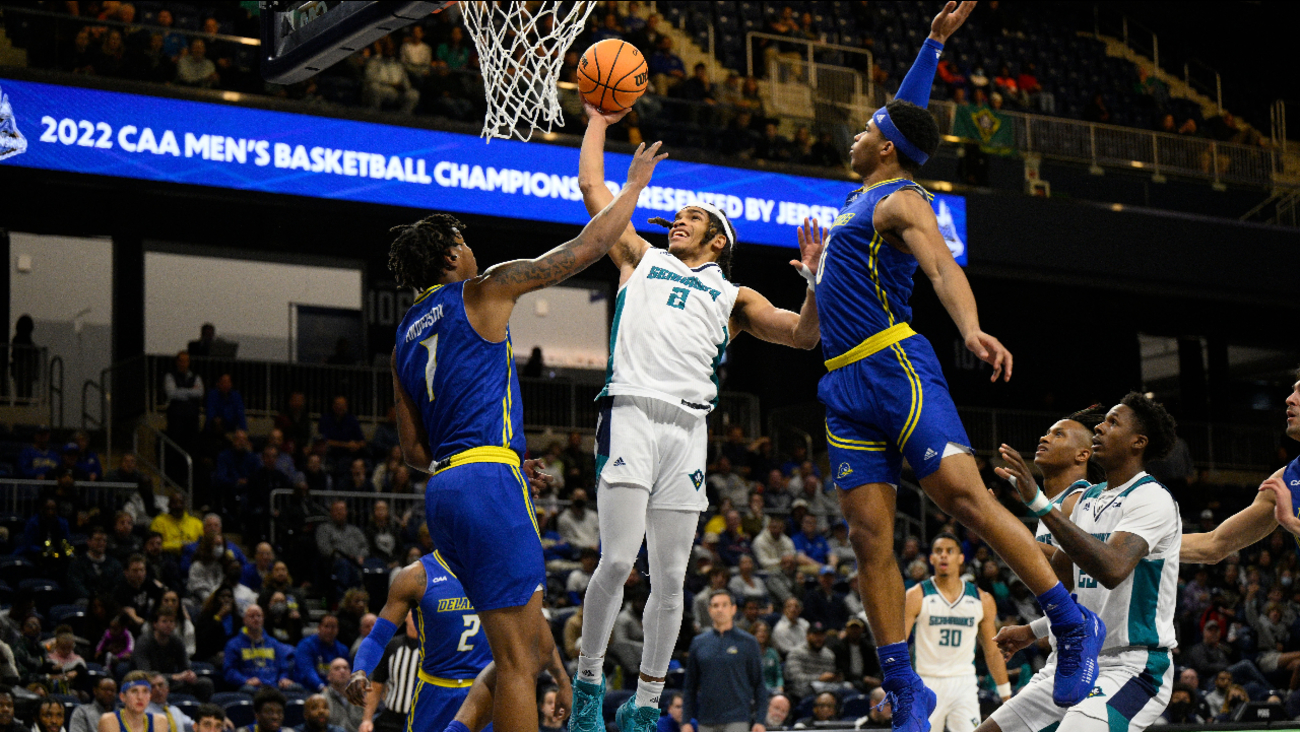 Davis, the CAA rookie of the year and tournament MVP, made a shot in the lane with 1:01 left to give Delaware a 56-55 lead. UNCW had two shots at the other end, but neither fell and Carr collected the rebound before getting fouled. Carr went 1 of 2 at the free throw line, but Ebby Asamoah grabbed the offensive rebound and made two free throws for a four-point lead. Jaylen Sims was short on a 3-pointer at the buzzer.

Jameer Nelson Jr. and Ryan Allen each added 10 points for Delaware, which shot 39.3% including 2 of 13 from distance. Davis was 8 of 15 from the field.

Sims scored 18 points on 4-of-15 shooting for UNC Wilmington (23-9), which swept the regular-season series with Delaware. Mike Okauru added 10 points.

Sims, UNCW's leading scorer, only played 10 minutes in the first half due to two fouls but the Seahawks still led 34-30. Sims opened the second-half scoring with a 3-pointer, and he scored six straight UNCW points, the last coming on a jumper for a 55-53 lead with 2:30 left.