"You could tell it was a lot of people, and you just hear a lot of screams," one of the survivors said.
WPVI
By Christie Ileto 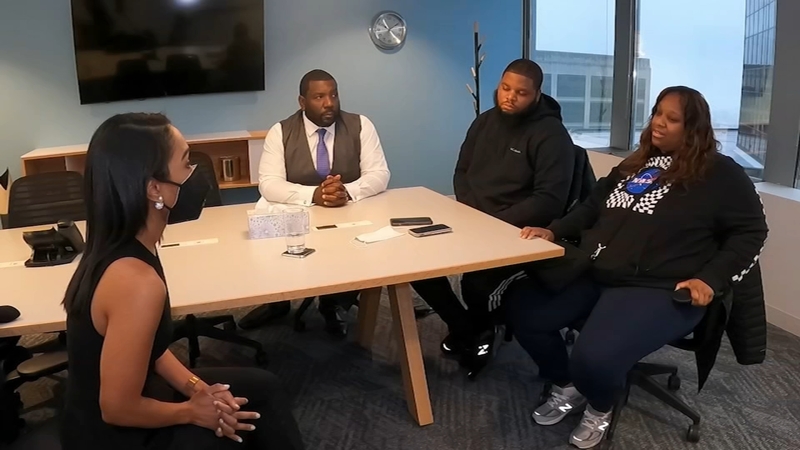 PHILADELPHIA (WPVI) -- For the first time, we're hearing from some of the victims who survived the fire earlier this month in the Fairmount section of Philadelphia that left 12 people dead.

Tyhara Woods says she woke up to the screams of her neighbors... piercing sounds she will never forget.

"The loudest scream I heard was 'Oh my God!' It sounded like it was a kid," she said. "That's when we realized it was a fire and you actually see smoke from the boys' room."

Woods said she frantically scrambled to wake her three boys, ages 13, 7, and 6, from their beds.

Woods, her sons, and their dad, Charles Scott, lived in Unit A. Their home encompassed the first and part of the second floor of the three-story duplex.

"As she's going out the front door, the two oldest are going behind her, but they're half asleep so they're, like, walking slow and it's like 'pshhh pshhhh,'" Scott said, describing the sounds of the fire. "They get hit and that's when they speed up the process."

"My youngest, he's still in the living room because he thinks he's going to school. I grabbed him and cradled him and ran out," he said. "Then the other kid, I ran back in... he was in the middle of the hallway."

Fire investigators say there were no working smoke detectors in the upstairs unit, but according to preliminary findings, they believe the smoke alarms in Unit A were operating but didn't sound because their operating limits were not reached by smoke conditions.

"The frustration is those things are there for a reason and we depend on them, that's supposed to give you a head start to get out, and it never happened," he said.

The obituaries of the 12 people killed in a fire earlier this month in the Fairmount section of Philadelphia were read aloud as photos of the victims were shown.