Mother waited for 'miracle' after being separated from sons in 2017 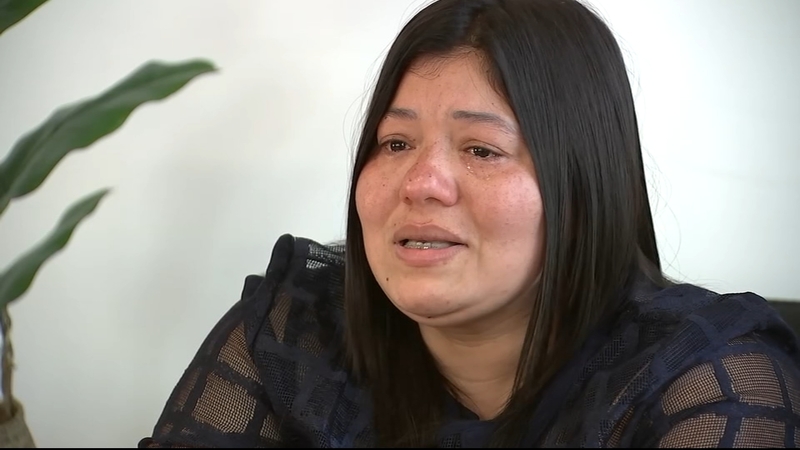 Mother waited for 'miracle' after being separated from sons in 2017

PHILADELPHIA (WPVI) -- On Tuesday evening in Philadelphia, Mabel Gonzalez was showered in the hugs and tears of her two sons she last saw more than three years ago when they were split up at the US border.

Gonzalez sought asylum in the US, fleeing violence and threats in her native Honduras with her two boys who were 13 and 15 at the time.

Under the 2017 Trump Administration's zero-tolerance policy, the family was among the first to be split up.

The children were placed in a detention center, before ultimately ending up with family in Philadelphia.

Gonzalez spent two years in an ICE detention center in El Paso, Texas before being deported back to Honduras.

She immediately fled to Mexico where she felt safer despite knowing almost no one. She was recently notified that reunification could be possible under the Biden Administration.

"What did you tell them that first moment that you saw them?" reporter George Solis asked.

"That I loved my children," she said.

Action News spoke with Gonzalez at length about the road to the emotional reunion.

"I counted and counted the days to see which of those days I would see a miracle in our lives," Gonzalez said.

We are Philly Proud of a one-time immigrant to this country who is using his ingenuity and conviction to help current-day immigrants in Philadelphia make it.

"When the border was sealed and closed we really lost hope at that time," said attorney Linda Corchado.

Corchado ran into numerous obstacles while working the case, including the COVID-19 pandemic.

Another issue: parole. With her children already in the care of family, Gonzalez's case, as well as many others under the Trump Administration, was denied.

"They were separated for much longer than they should have ever been," Corchado explained.

A woman of faith, Gonzalez isn't looking back.

"I leave it up to divine justice, all that they did to me," she said.

And letting that love for her children say more than words ever could.

"There was always that something in my eyes, that sadness, that weighed me down," Gonzalez said.

Gonzalez will be able to legally live and work in Philadelphia for the next three years. Her attorney says she won't rest, however, until she becomes a US citizen.