As of Friday, Philadelphia police are investigating this as an assault, but no one has been charged.
WPVI
By Bob Brooks and 6abc Digital Staff 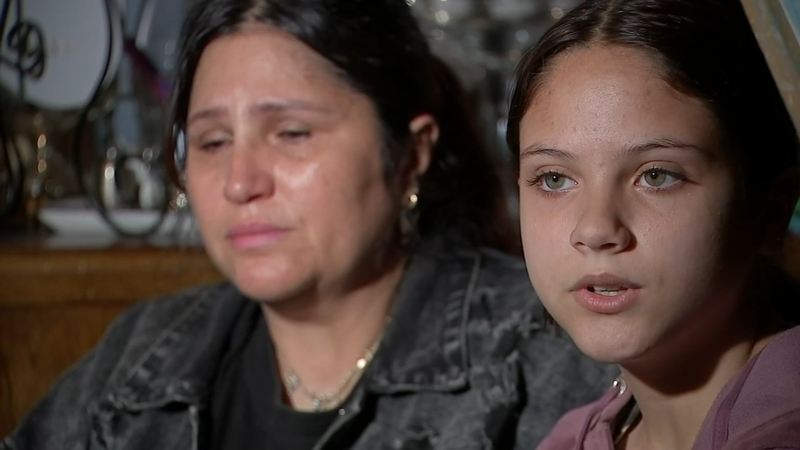 Victim of elementary school attack says it could have been prevented

PHILADELPHIA (WPVI) -- A Philadelphia public school student says she was the victim of a brutal attack during lunch this past Thursday.

"I did black out. Everything was black," said Lemos.

Video of the attack surfaced on social media.

The attacker, a female student, repeatedly punched and stomped her.

Someone tried to restrain the aggressor but to no avail.

A male school employee was eventually able to pull the teen off.

But according to the victim, it could have been prevented by school employees.

Lemos says she had been bullied by the attacker and others since nearly the beginning of the year.

"They started to threaten me in February," said Lemos. "I have talked to my counselor right from the beginning."

Her mother, who speaks Portuguese, also showed messages she says she sent to a school translator back in April asking for help.

But nothing was done.

Lemos says her mother also went to the school in person several times, but it didn't help.

On Friday, a spokesperson with the School District of Philadelphia claimed no prior reports have been filed claiming bullying against the victim.

But Lemos and her mother say that's not true.

"They say they'll take precautions. They'll do this or do that, but they don't do anything," said Lemos.

Lemos plans on finishing out the year virtually. She has no desire to go back to school after what happened.

As of Friday, Philadelphia police are investigating this as an assault, but no one has been charged.