WPVI
TRENTON, New Jersey (WPVI) -- New Jersey is asking for the public's help to report suspicious activity ahead of Inauguration Day, this as the FBI is expanding on the threats to Washington DC and state capitals in the coming days.

In an update to the bulletin ABC News obtained earlier this week, the FBI offered chilling details from enforcement actions taken since the storming of the U.S. Capitol.

The updated bulletin, obtained by ABC News, mentioned an individual from Concord, North Carolina, who was observed loading ammunition boxes and preparing "gear" to take to Washington, DC, for an attack on the Capitol planned for Inauguration Day.

The FBI also received a report that an individual located in Manchester, Tennessee, who participated in the US Capitol riot intended to return to Washington, DC, on January 20 to disrupt and potentially commit acts of violence at the inauguration.

"The individual referenced turning phones to airplane mode and using ground travel to accomplish the disruption," the bulletin said.

The document said information was received regarding a video posted on an identified website encouraging people to kill senators and Congress members. The poster of the video was identified via social media exploitation.

The video was threatening violence in Washington, DC, on Inauguration day and advised people to bring guns.

The bulletin repeats the earlier warning that there are "armed protests planned at all 50 state capitals from 16 January through at least 20 January."

While every state is preparing, as a practical matter, the FBI and Homeland Security are most concerned about the potential for violence in Minnesota, Michigan, Wisconsin, and Pennsylvania, where election controversies became overheated and there's a considerable presence of supporters of armed militia movements, according to law enforcement sources.

In New Jersey, Office of Homeland Security and Preparedness Director Jared Maples urged the public to report anything suspicious.

"NJOHSP remains firm in its commitment to protect New Jersey from all threats, including those stemming from violent protests at the US Capitol Building last week," the statement read. "We are in contact with our federal, State, and local law enforcement partners to monitor the evolving situation surriounding these events and prevent violence of any kind. We are taking proactive steps to halt possible attempts at violence. We seek the public's assistance and as that if you 'See Something, Say Something' by reporting suspicious activity to local authorities or NJOHSP's Counterterrorism Watch Desk at 1-866-SAFE-NJ or tips@njohsp.gov."

A statement from NJOHSP Director @Jared_Maples regarding calls for an armed march on January 17 at specific state capitols, including Trenton: pic.twitter.com/Obxxo3qpoK

Governor Phil Murphy said the state would be prepared and was taking steps to keep Trenton safe.

"Unfortunately and sadly, I've already had several meetings on this, and we have several more to come," he said. "We are going to be prepared as we can for it. This whole notion of inciting people to be violent, this is the last thing we need right now in our country. The Capitol policeman who died died, Brian Sicknick, was a Jersey guy, so it cuts close to home. The answer is yes, we are preparing for the worst, hoping for the best."

A Defense official says that the National Guard has now been authorized to have up to 20,000 Guardsmen in DC for inauguration security and that most may be in town by this weekend.

It is a big ramp-up from the 15,000 that had been previously approved and the 10,000 expected to be in place by this weekend.

The official says that the increase in authorization is due to further requests from the federal agencies involved in Inauguration security, including the Secret Service, FBI and the Capitol Police.

The official said that the states have been stepping up to provide Guardsmen as requested.
Report a correction or typo
Related topics:
new jerseyriotprotestus capitolstate capitalpresident donald trump
Copyright © 2021 WPVI-TV. All Rights Reserved.
RIOT 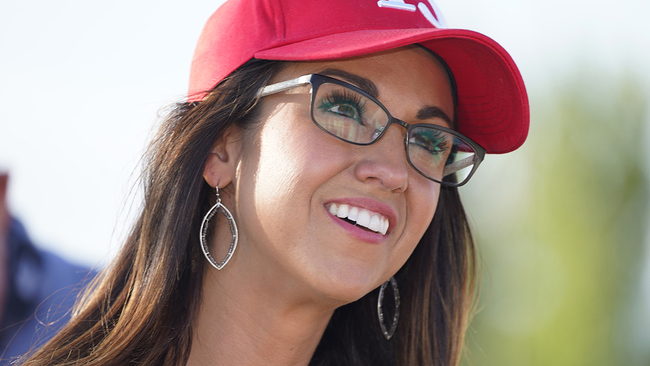