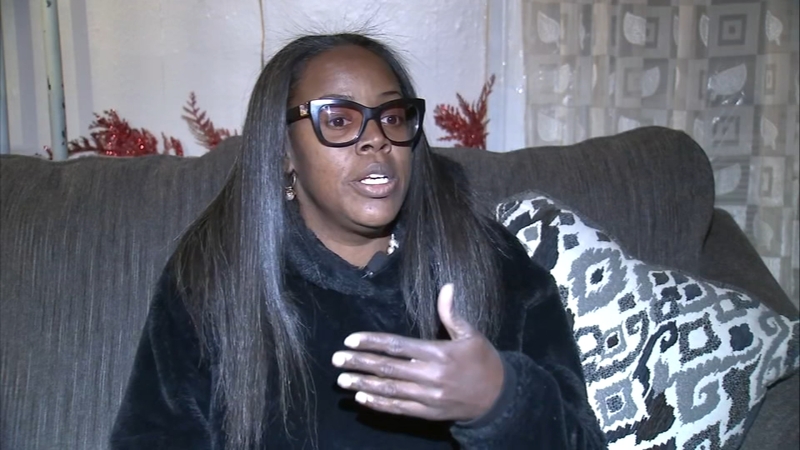 The messages, too graphic to show or say in their entirety, call her disparaging words, including the n-word, telling her to die or leave the borough.

Coffee said someone taped the messages to the front doors of her home. Another note was left inside an enclosed porch, which meant someone walked through a door to get inside that area.

"It bothered me, it bothered me because the night before, my daughter and I were sleeping on the couch," said Coffee.

"I didn't hear anything," said Coffee.

Police: Collingdale mayor-elect target of racist, sexist messages at her home. Christie Ileto has more on Action News at 10 p.m. on November 13, 2019.

The Collingdale police are investigating the incident.

Detectives took the messages written in black marker into evidence and searched nearby properties for cameras to identify the suspect.

Coffee said the harassment started on social media during the campaign, but she never expected it to escalate.

"Maybe they just wanted to scare me, or intimidate me," said Coffee.

But Coffee said she is not intimidated.

"I understand that people are very passionate for what they believe in, I get that. I get it. But your passion should spew over in another way, instead of such a derogatory way," she said. "I'm not going anywhere. The people have elected me to represent Collingdale. And for the people who didn't, I would hope that we could still come together."
Report a correction or typo
Related topics:
delaware countycollingdale boroughracist e mailracismelection
Copyright © 2022 WPVI-TV. All Rights Reserved.
TOP STORIES
Officials ID 5 killed in Pottstown explosion; most were children
AccuWeather Alert: Drenching Downpours Tonight
Official admits police made 'wrong decision' in TX shooting
Police: Store owner robbed, assaulted with brick in North Philly
Dann Cuellar retires after 34 years at Action News
Another Trenton, NJ firehouse hit by gunfire
Rainy start to Memorial Day weekend at the Jersey Shore
Show More
Bank employees help kidnapped woman after she asks for loan
Massacre survivor says gunman told them: 'You're all gonna die'
4th grader 'did what she had to to survive' Uvalde shooting, aunt says
North Penn holds farewell parade for retiring superintendent
NJ students stage walkout to honor victims killed in Texas
More TOP STORIES News