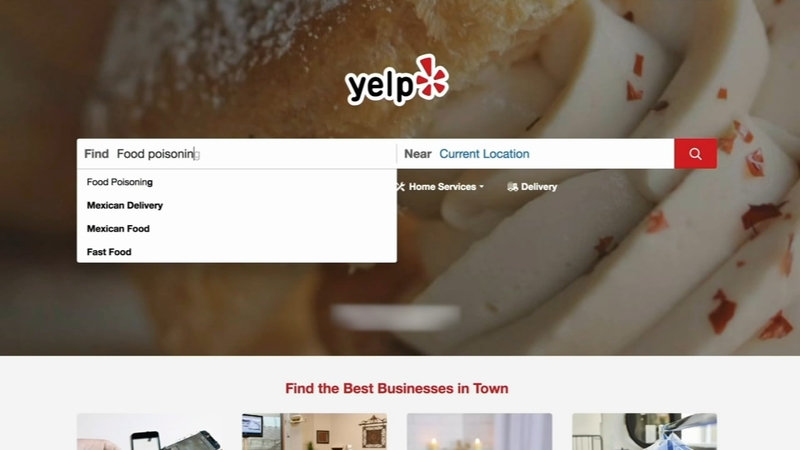 PHILADELPHIA (WPVI) -- If you're looking for Yelp reviews of a new restaurant, the last words you want to read are "food poisoning."

People love talking about their meals on social media, whether good or bad. That's why PhD student Thomas Effland and a team of developers at Columbia Engineering created a program that hunts for complaints of foodborne illness on Yelp and Twitter.

"Basically it picks up on keywords and key phrases that you as a person would associate with it. I got sick, or I got food poisoning," said Effland.

That information is used by the New York City Department of Health and Mental Hygiene, which then reviews the claims. According to a study published in the Journal of the American Medical Informatics Association, the program has helped the department detect 10 outbreaks.

Others have the bug as well. Harvard Medical School and health officials in Chicago and Nevada are also using social media to search for cases of food poisoning. However as far as letting a single online claim steer your choices, Effland says, take it with a grain of salt.

"Anybody can write a review, right? So any individual review is really not enough to make a decision," said Effland.

Consumer Reports also recommends contacting your local health department if you think you yourself were served something that made you sick.

"If someone is really concerned about whether there's an outbreak at a restaurant, they should really be consulting their local public health department," said Julia Calderone, Consumer Reports Health Editor.

"But that's not the official route and you want to make sure that the authorities know so that they can investigate a potential outbreak," said Calderone.

If you experience symptoms of food poisoning, experts say stay hydrated and consult your doctor