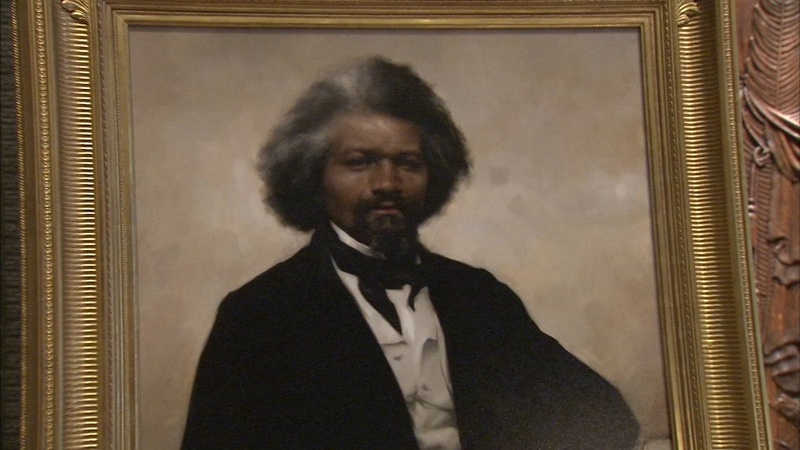 They include signatures of Douglass' descendants, including the 60-year-old Greene.

"He was telling his own story as a former enslaved person, that he had the knowledge to be able to write his own autobiography and from that the importance he wrote two other autobiographies," explained Greene.

One of the special copies will be available for the public to check out. The other goes to The Union League's historic collection.

In 1863, Douglass and The Union League recruited troops for the first training of African American soldiers at Camp William Penn in Cheltenham.

"This is the first time, to our knowledge, that a Douglass is back here since probably the 1870s," according to Legacy Foundation Executive Director John Meko Jr.

Meko added, "Douglass and The Union League were very close allies during the American Civil War and the first great civil rights movement in the 1860s and 70s, and Douglass was here often as a guest and a speaker."

Greene says the group 'Hands Across Philadelphia' connected him with The Legacy Foundation after The Union League unveiled a commissioned painting of Frederick Douglass last month.

"Sharing Frederick Douglass' story is a way that we can help other young people tell their story. It's a really empowering story, and it resonates with a lot of people today," said Nicole Ross, president of 'Hands Across Philadelphia'.

The non-profit 'Frederick Douglass Family Initiatives, which is run by Douglass' descendants, is honoring Douglass' 200th birthday by distributing one million copies of 'Narrative of the Life of Frederick Douglass, An American Slave' to students around the world.

FDFI started this initiative in 2018 and has already given out more than 100,000 copies.

"I think it's a historic moment where we can celebrate that history and that closeness of Douglass and The Union League," Meko said.