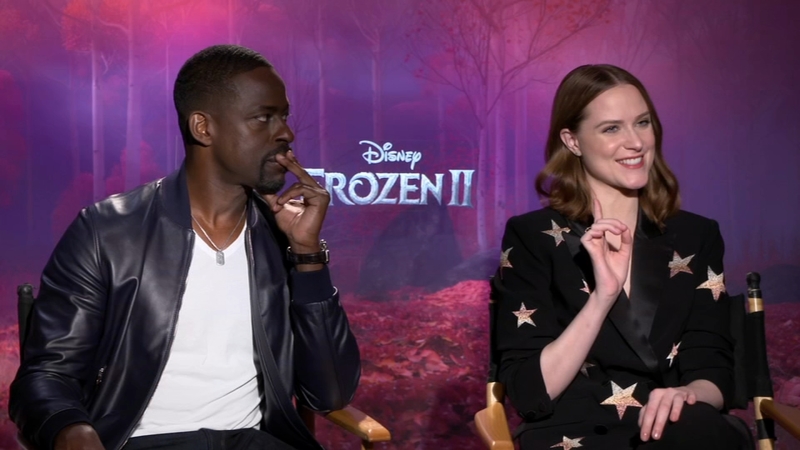 Exploring the unknown. Anna, Elsa, Kristoff and Olaf are back together for Frozen 2.

Our Alicia Vitarelli had a chance to head to Hollywood to talk the stars before the movie hits theaters Thursday night.

"It just starts to haunt her and she needs to figure out what it is," says Idina Menzel, the voice of Queen Elsa. "So they go on this epic adventure to unveil the secrets and origins to her powers."

Alicia Vitarelli chats with 'Frozen 2' stars ahead of much-anticipated sequel as seen on Action News at 6 a.m. on November 21, 2019.

For Queen Elsa and her squad, this film brings empowerment and evolution.

"I wanted Anna to deal with her co-dependency in this second movie," says Bell.

There's a battle and a quest for truth.

"And it's pretty dangerous," says Bell of a brave Anna in a way we've never seen her before.

Frozen 2 stars weigh in on much-anticipated sequel. Alicia Vitarelli has more on Action News at 5 p.m. on November 21, 2019.

And in this sequel, Elsa teaches us to listen to our calling and what we are meant to do.

"I think there are so many layers of teaching lessons in this," says Bell.

For legions of Frozen fans across the globe, this second film has all the feels.