Will gas prices start to go down soon? Here's what the experts say

"This is a geopolitical perfect storm and it's not even full yet," said Rutgers associate professor Dr. Wojtek Wolfe.
WPVI
By Dann Cuellar 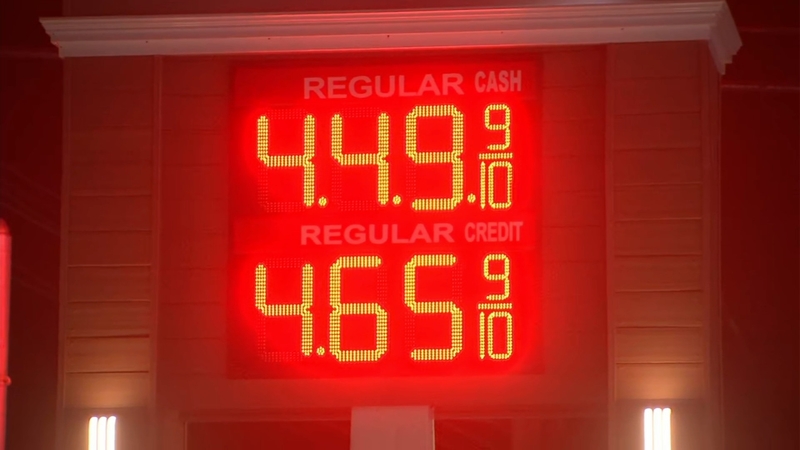 Will gas prices starts to go down soon? Here's what the experts say

PHILADELPHIA (WPVI) -- According to AAA, gasoline prices are now higher than they've ever been in the history of gasoline.

Experts warn that the prices will go even higher without a long-term remedy.

There were long lines at the Costco in Newark, Delaware Tuesday evening. Everyone was waiting to cash in on gas for $3.99 a gallon.

Meanwhile, Mark Green had to settle for $4.45 a gallon in Cheltenham.

"It has a major effect because you gotta make a decision on whether you're gonna eat or gonna get gas," said Green.

"Any fuel that keeps anything moving, we're going to see those prices. Unfortunately, those price increases will be passed along to consumers," said AAA spokesperson Jana Tidwell.

Oil and gas expert Jay Young says by the time summer gets here, it's going to cost well beyond that to fill up.

"This year it's gonna cost them $150 to $200 to fill up their tanks, maybe they won't take that vacation that they normally take. It's gonna be ugly," warned Young, CEO of King Operating, a private oil and gas firm.

He says America has very few choices right now on filling the void for oil and gas supplies.

"We need to drill for oil and gas in the U.S. There's too many factors keeping us from it," said Young.

Economists say there are other commodities that are also going to skyrocket -- particularly wheat.

SEE ALSO: Gas prices continue to rise in Philadelphia area; drivers watch as sign changes in front of them

The video was taken at a Shell gas station in Bethlehem, Pa.

Russia and Ukraine account for over a quarter of all wheat production globally.

"What that means ultimately is that food is gonna cost more," said Adam Kamins, an economist at Moody's Analytics.

"This is a geopolitical perfect storm and it's not even full yet," said Dr. Wojtek Wolfe, associate professor of political science at Rutgers University.

"The timing is really unfortunate from an economic perspective as well because we're already in a high inflation environment. It could get pretty bad," said Kamins.

Governor Tom Wolf called on congressional leaders to suspend the federal gas tax until the end of the year.