The average price for a gallon of regular will cost you $4.30 in the Philadelphia area.
WPVI
By Jaclyn Lee 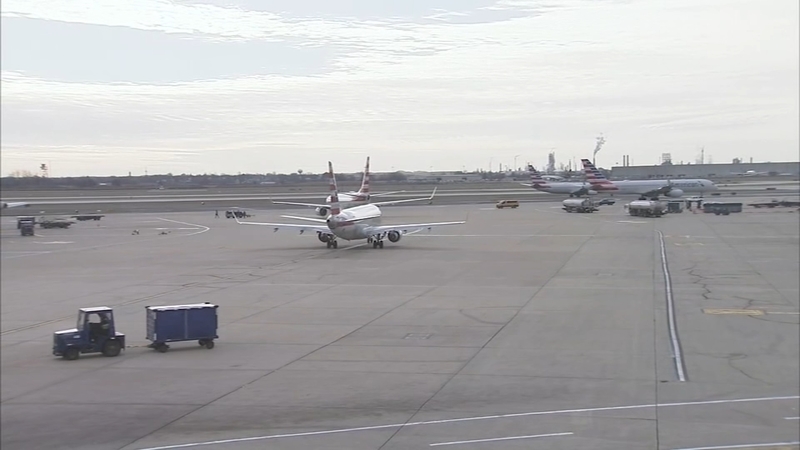 PHILADELPHIA (WPVI) -- With gas prices continuing to soar across the country, the price of everything is on its way up.

Lizette Rovira of Reading, Pennsylvania says she and her family are planning two international trips this summer.

She says they're saving extra money just in case the fuel prices cause airline tickets to go up.

"If they do go up, I mean we're probably going to have to drop one of the trips," said Rovira.

The cost of crude oil topped $120 a barrel on Monday, according to AAA.

"Any fuel that keeps anything moving, we're going to see those prices increase. Unfortunately, those price increases will be passed along to consumers," said AAA spokesperson Jana Tidwell.

For now, rideshare drivers say they're absorbing the costs.

"It's gone from about $40 to fill up my tank to $70, $75," said Jeff, who is an Uber and Lyft driver in Fairmount. "You have the expenses of your car, insurance, telephone, everything. You're not making much. It was a lot better three years ago when I started."

According to AAA, as of Monday, the average price for a gallon of regular will cost you $4.30 in the Philadelphia area, with Montgomery and Delaware counties coming in at the top at $4.31.

That's higher than Pennsylvania's average, which is $4.23 per gallon.