Corey Thompson, 23, has been charged with murder, robbery, and other related offenses.
WPVI
By 6abc Digital Staff 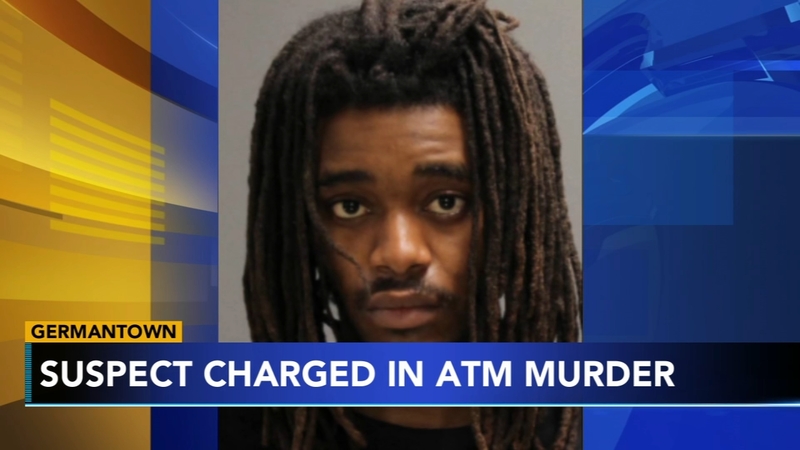 PHILADELPHIA (WPVI) -- Philadelphia police have announced charges for a 23-year-old man in connection with the murder of a grandfather in Germantown.

Officials say 23-year-old Corey Thompson of Chichester, Pa., has been charged with murder, possession instrument of crime, robbery, and other related offenses.

Thompson was arrested Friday along with two other suspects by Philadelphia police.

The two other suspects have not been charged at this time.

Officials say on Thursday, around 8:20 p.m., 69-year-old James Watson was shot and killed just moments after taking cash out from a Citizens Bank near Germantown and Chelten avenues.

According to Philadelphia Police Chief Inspector Scott Small, Watson had been dropped off at the ATM by his grandson.

He was then approached by two men who announced a robbery.

Watson was found dead inside the bank lobby.

The suspects took off with Watson's money.

So far, no further details have been released.