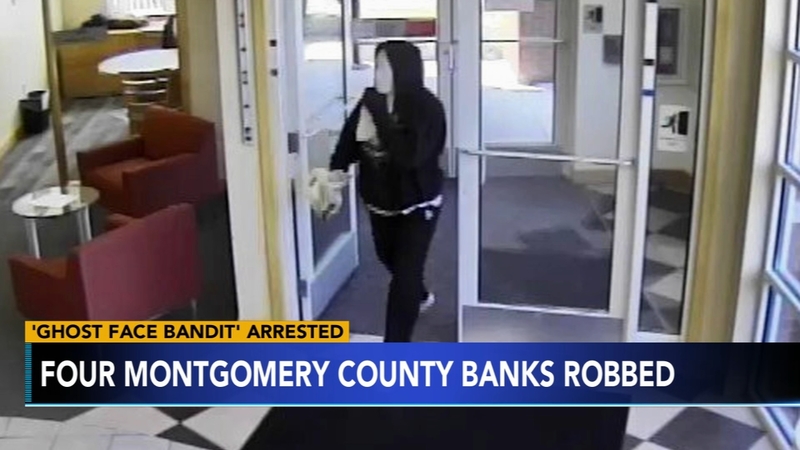 The district attorney's office says 53-year-old Frank Maley was the man underneath a white mask, donned during a hold up at the Key Bank on East Germantown Pike in East Norriton back on September 30.

But that wasn't his only robbery.

Authorities say Maley also held up a BB&T Bank in East Norriton Township, another Key Bank in Lower Gwynedd, and a Bryn Mawr Trust in Whitpain Township. The alleged crimes happened between September 14 and October 12, 2019.

In addition, they believe the Norristown man may also be responsible for a bank robbery in East Norriton, back in 2010.

Maley was arrested on October 29. He is being held at the Montgomery County Correctional Facility on $250,000 bail.