Alexis Rios says the brawl started over a misunderstanding regarding a piece of steak.
WPVI
By Walter Perez and 6abc Digital Staff 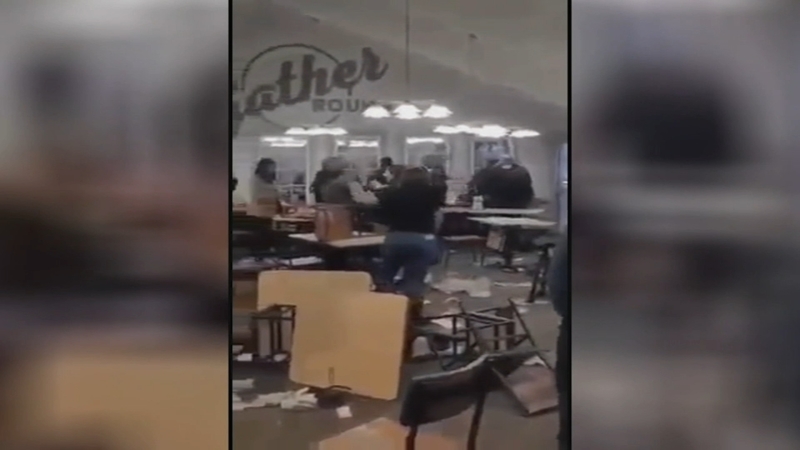 BENSALEM, Pennsylvania (WPVI) -- Police are investigating after a massive fight broke out at a chain restaurant in Bensalem, Pennsylvania.

It happened at the Golden Corral located on the 1400 block of Street Road Friday afternoon.

Alexis Rios says it started over a misunderstanding regarding a piece of steak.

Rios says the person in front of him became angry with the cook because Rios received his steak first.

"(The cook is) trying to understand what you want and give you what you want," he says. "I had a rare steak, which is a lot faster to cook than a well-done steak. That's why I got my steak first."

Rios says everyone was wearing masks and had a hard time hearing each other. He believes this may have caused the fight to escalate.

"With Covid right now, masks and everything, nobody can hear nobody sometimes," said Rios.

Some people could be seen on video tossing chairs as the brawl broke out.

Officials with Golden Corral released a statement saying, "We notified the local authorities and they are investigating the incident. Thankfully, no serious injuries have been reported. The safety of our guests and our coworkers is our top priority."

Rios admits he is amazed everyone walked away relatively unscathed.

The investigation is ongoing. So far, no arrests have been made.