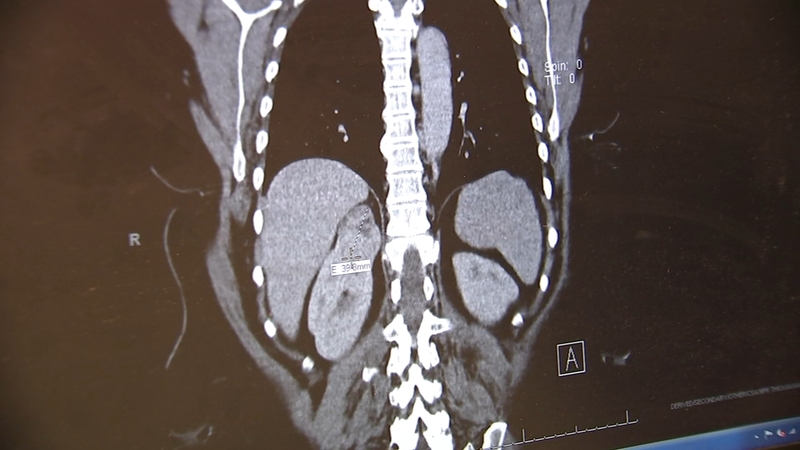 New Jersey Governor Phil Murphy will undergo surgery in early March for a kidney tumor he says is likely cancerous.

Gov. Murphy confirmed the news on Twitter Saturday, saying he has a tumor on his left kidney and the prognosis is very good.

Doctor Alexander Kutikov is chief of urologic oncology at Fox Chase Cancer Center. He says in most cases, kidney tumors are caught by accident when scanning for back or belly pain.

Governor Phil Murphy, 62, says his was detected during a routine test. His office revealed it's a stage one tumor on his left kidney, meaning it's smaller than four centimeters and confined to the kidney.

Dr. Kutikov isn't treating the governor but says in similar cases, they used to remove the whole kidney. But thanks to advances in medicine, that's no longer the case.

"These days, we make small keyhole incisions and take out just the part of the kidney that's affected," he said.,

Friends – I’ve got a tumor on my left kidney and will undergo a partial nephrectomy in early March to remove it. The prognosis is very good and I’m profoundly grateful to my doctors for detecting the tumor early.

"If everything goes smoothly the recovery is quite quick," added Dr. Kutikov.

Testing after surgery will reveal if it's cancerous.

If it is, Dr. Kutikov says the cancer is typically not aggressive - with stage one tumors, chemo and radiation aren't necessary, just careful monitoring.

For some, such as Seth Robinson, sparing some of the kidney makes a world of a difference.

Robinson had already lost one kidney when he was diagnosed with a tumor on the other kidney. If surgeons had removed it, he'd require dialysis. Kidney sparing surgery saved his quality of life.

Governor Phil Murphy says he will soon undergo surgery for a tumor on his left kidney.

Gov. Murphy, an avid runner, is reportedly hoping to run a 5K in April.

"For someone like Governor Murphy who is quite capable, motivated and wants to put this in the rearview mirror, it is absolutely doable," said Dr. Kutikov.

Signs of more advanced disease can be lower back pain or blood in the urine, which are signs to get checked by a doctor.

Kidney cancer is twice as likely in men than women. It is the sixth most common cancer for men and the tenth most common in women.

When diagnosed in the early stages, there are typically no symptoms.