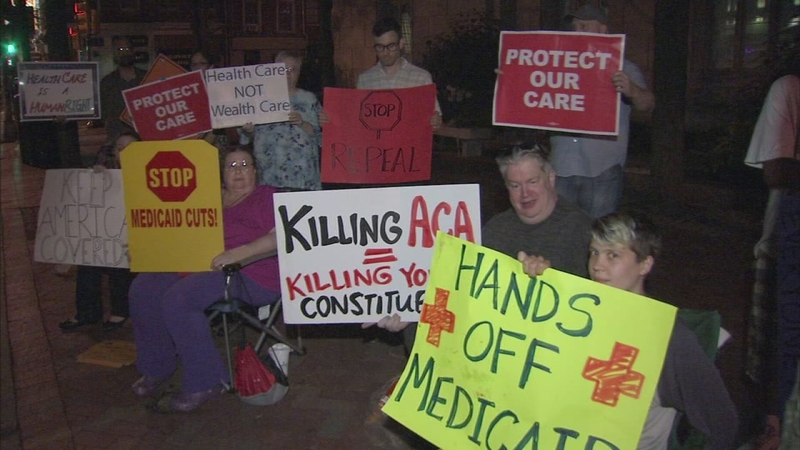 PHILADELPHIA (WPVI) -- There are some differences between the House bill and the Senate bill, but overall, many people are concerned if the Affordable Care Act is repealed, because the replacement could leave millions of Americans without coverage.

The bill would abolish the mandate that most Americans must have health insurance.

They could buy insurance with tax credits, based on income. But some could pay more for less. It also rolls back the expansion of Medicaid.

It keeps protection for people with pre-existing conditions, but states can opt-out of covering some basic services such as wellness visits.

And it gives sizeable tax cuts to the wealthy.

Barry Furrows is Director of the Health Law Program at Drexel's Kline School of Law.

He says the winners will be the wealthy, and small companies.

The poor, disabled and middle class will be hit the hardest.

Adults 50 to 65, who don't get health insurance from their employer, will likely face higher premiums.

"You're going to have higher levels of sickness, higher costs to be absorbed, more disability and a higher mortality rate," Furrows said.

Still President Trump says it's a work in progress.

When asked does it have enough heart? President Trump said, "Little negotiation, but it's going to be good."

Activist and transplant recipient Carlene Neal would like to see Democrats and Republicans work together.

"Not to repeal and replace but to fix aspects of the Affordable Care Act that need resolution," she said.