"I was going to the sink trying to cough it out and I couldn't so I ran very quickly to Ms. Jenkins," Robert said.
WPVI 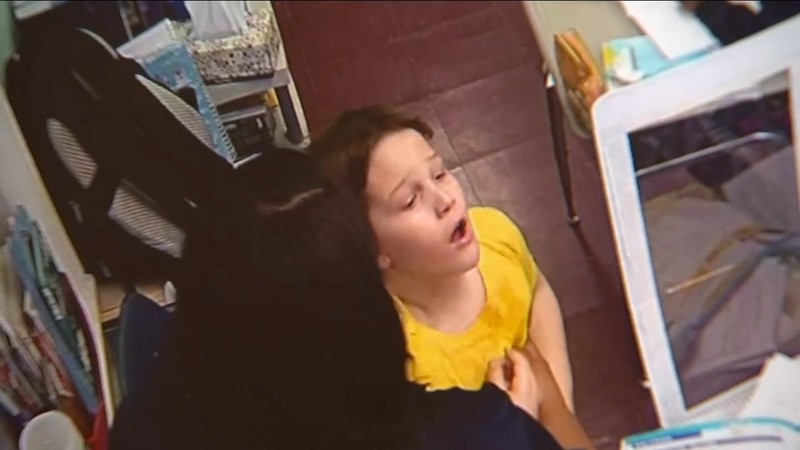 EAST ORANGE, New Jersey -- One teacher's quick thinking at a school in New Jersey may have saved the life of a student.

Robert, a 9-year-old student, was in his math class Wednesday when he needed a sip of water.

But he couldn't get the cap off with his hands.

"And then I started it with my teeth and then I was squeezing it a little and then the water pushed the cap to my throat," Robert said.

That's when Robert started choking on the cap.

"I was going to the sink trying to cough it out and I couldn't so I ran very quickly to Ms. Jenkins," Robert said.

"He was pointing to his neck and he's all flustered," East Orange Community Charter School third-grade teacher Janiece Jenkins said. "He can't talk so then I just turn him around I perform the Heimlich maneuver and here we are."

"Once he was OK and I made sure there was nothing in his mouth, it took a second, I breathed, I looked around my classroom, looked at my students and I was like, 'OK,'" Ms. Jenkins said.

The school administration called Robert's mom to let her know what happened.

"The first thing mom said was, 'Do they need to take you to the hospital?'" Robert said. But thanks to Ms. Jenkins, they did not have to.

The principal of the school made sure of all her teachers would know how to respond in the event of an emergency, like Ms. Jenkins.

"So right now with new staff coming in, I would say 95% of our team is trained in CPR, EpiPen, first aid response," principal Tracey Watkins said.