'You are not forgotten': Vietnam veteran finds ways to give back to honor those before him 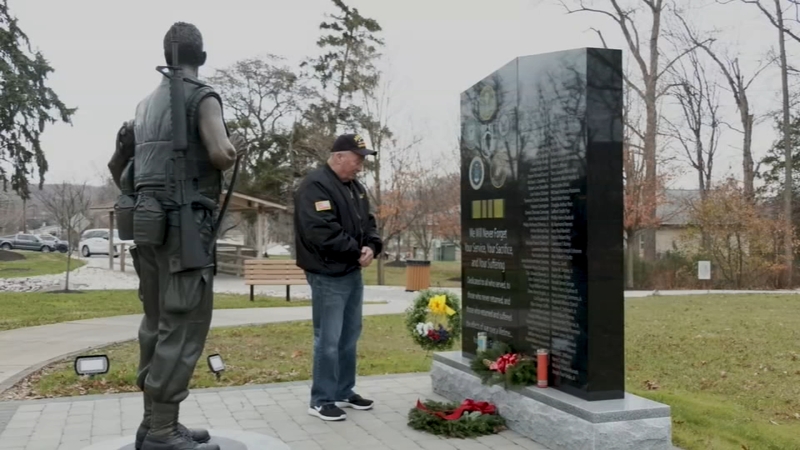 Vietnam veteran Francis Drummond spends his day giving back to veterans who are going through a difficult time.

"We will never forget your service, your sacrifice, and your suffering," said Drummond as he read off of the memorial wall in Levittown he helped build.

Drummond says being in the Middletown Veterans' Memorial Park takes him back 50 years.

"Your main objective is to stay alive," he recalled of being an 18 year old who enlisted in the Marine Corps and was sent to war.

When he came home, he found he was in a different battle, one inside himself.

"A lot of my friends, a lot of the people I deal with really had PTSD, but they really didn't know it," he said.

It's something Drummond says he suffered from too, and he realized he empathized with some of the most vulnerable in his community, the homeless.

"This could be me or you with the flip of a coin," he said. "They went to the bottle, they went to drugs, and they just didn't want to be back in society because they didn't feel like they belonged in society."

At 72, Drummond spends his days serving anyone who needs him, specifically homeless veterans.

He has passed out as many as 700 backpacks a year with help from the Bucks County Community Foundation and Disabled American Veterans.

"All goodies in there like socks and hand warmers," he said.

Now that it's winter, Drummond's focus is on shelter. He is collecting donations to keep the homeless from the cold. It can be a difficult time of year, but what warms his heart is his community's willingness to give.

"People want to give right now, and that's a good thing. It kind of restores your faith in humanity," he said.

For the 95 servicemen on this memorial's wall and the thousands who have passed since then, Drummond keeps giving, hoping to spread one message.