Eliezer Collazo, 29, has been charged with murder and other related offenses.
WPVI
By 6abc Digital Staff 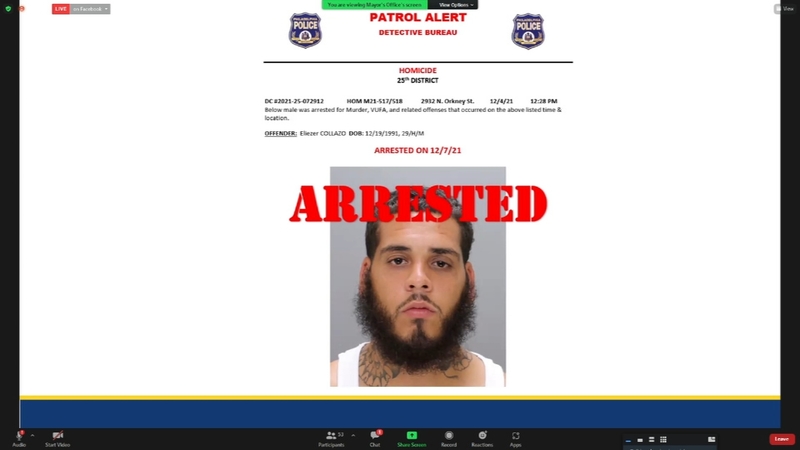 PHILADELPHIA (WPVI) -- Philadelphia police have arrested a man in connection with a shooting that left two people dead over the weekend.

According to police, Eliezer Collazo, 29, has been charged with murder and other related offenses in the deaths.

Police say gunshots rang out on the 2900 block of North Orkney Street around 12:30 p.m. Saturday.

Authorities say a man in his late 20s to early 30s was found shot multiple times across the body.

Police rushed him to Temple University Hospital where he died from his injuries.

Officials say a second victim, a 43 year-old-woman, was shot once in the chest. She died at the scene, police say.