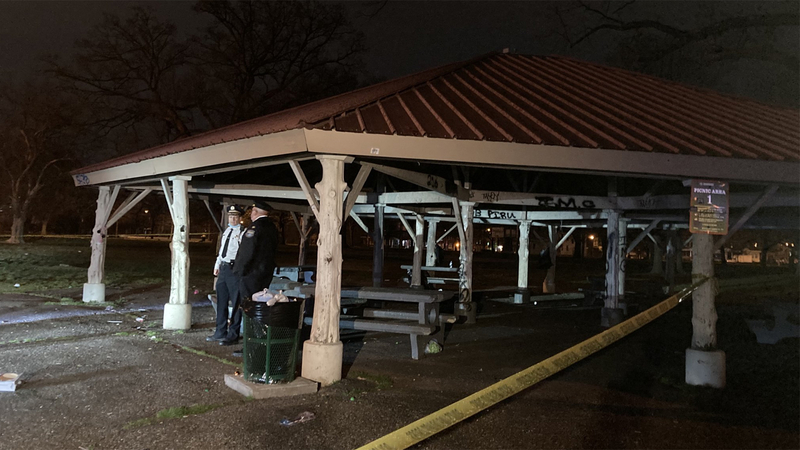 PHILADELPHIA (WPVI) -- Police said a woman was found shot in a gazebo inside Philadelphia's Hunting Park.

Police were called to the park at 9th Street and Hunting Park Avenue in the Hunting Park section of the city around 3:50 a.m. Wednesday.

Arriving officers found the unresponsive woman on the ground. She had been shot in the face and chest.

The woman was taken to Temple University Hospital where she was pronounced dead.

Philadelphia police are searching for two gunmen after a teenager was shot and killed.

Police said there is a group of men known to hang out at the gazebo around 3 a.m. and 4 a.m.

They were not at the gazebo when police arrived, but investigators are hoping the group knows something.

"This gazebo is frequented, especially in the early morning hours, by a large group of males, sometimes a half dozen to 20 males," Philadelphia Police Chief Inspector Scott Small said. "So we're going to try to identify those individuals who frequent this location and hopefully they can provide us some information."

The shooting came hours after a 15-year-old boy was killed in North Philadelphia.

Philadelphia violence continues to surge at a record pace. Data shows there's a 38% increase in shootings and a 27% increase in homicides.