Ian Smith, the owner of Bellmawr's Atilis Gym, was pulled over on March 27 after police say he was swerving on Rt. 130.
WPVI
By Annie McCormick 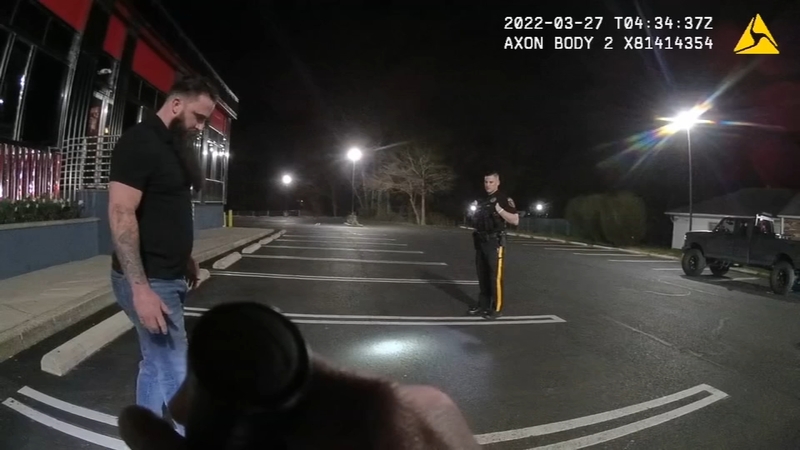 Ian Smith, the owner of Bellmawr's Atilis Gym, was pulled over on March 27 after police say he was swerving on Rt. 130, which is seen on dashcam video.

Once pulled over, the officer states in the police report, "I could immediately detect an odor of alcoholic beverage on Mr. Smith and observed his eyes being bloodshot and watery."

On the body camera video, you can hear the officer say, "because I smell alcohol on you, I'm going to run some field sobriety tests." 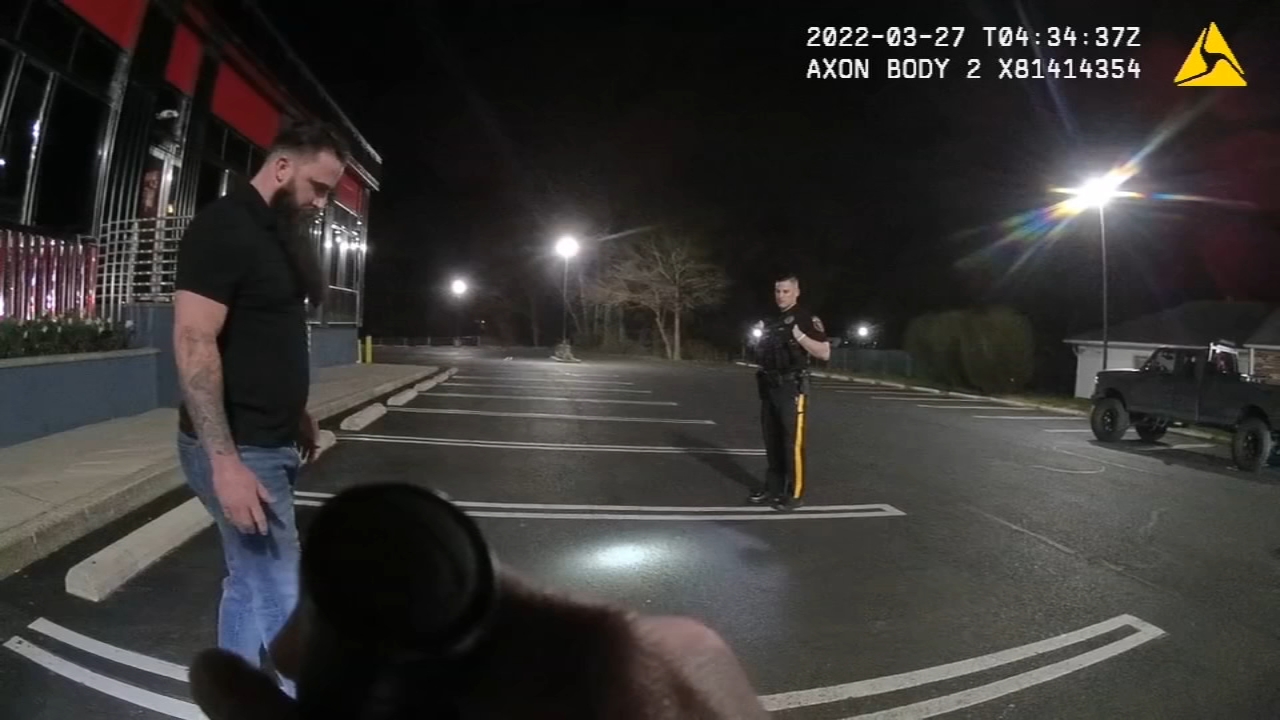 The video shows Smith taking multiple field sobriety tests, including walking a straight line and balancing on one leg while counting.

He also states that the high winds and his truck's suspension affected his swerving.

Once Smith is in the back of the police car you can hear him say: "You know I'm a congressional candidate for this district, right?"

And when asked by the officer if he had anything to drink, Smith replies, "I had a double margarita."

Smith told the officers he was at Central Taco in Collingswood prior to the stop.

The Bellmawr Borough Council voted 5 to 1 on Tuesday night to act against the Atilis Gym.

He kept his gym open, racking up hundreds of thousands in fines. But he grew a massive following. Many of his followers donated to keep his gym open and paid for the fines.

Banking on his popularity, Smith, a Republican, plans to run for New Jersey's third congressional seat. The seat is held by Democratic incumbent Andy Kim.

The New Jersey Primary Election is scheduled for June.

When Smith's popularity and profile grew, he was candid about a previous DWI arrest in 2007 that left 19-year-old student Kevin Ade dead. Smith said he had taken responsibility for the fatal crash.

"The New Jersey Republican Party has not historically issued endorsements in contested Primaries for the Republican nomination and has not done so in this instance. County Parties may issue endorsements, and in this case Mr. Smith was not successful in winning any of the three County Party organizations' conventions in the 3rd Congressional District, in fact all three of those endorsements went to Mr. Smith's Republican opponent in the June 7th Primary, business owner and philanthropist Bob Healey."

Smith declined an interview on the advice of his attorney. But he did post a statement on social media after the arrest saying in part, "I was pulled over, passed a sobriety test (in poor conditions), and was arrested by the officer. My choice to not submit to a breathalyzer reflects my distrust after 2 years of persecution."

By now, most of you have read about what happened during the early hours of Sunday morning.

Due to the ongoing nature of the case, my statements will be limited to what has already been said. I was pulled over, passed a sobriety test (in poor conditions), and was arrested…