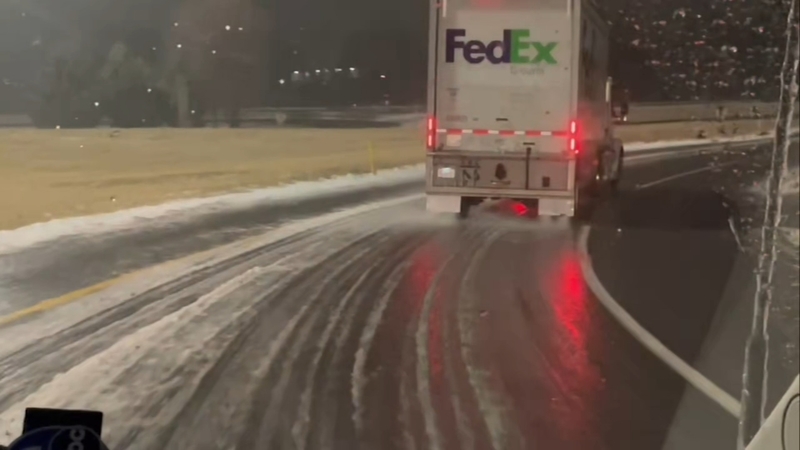 SOUTH WHITEHALL TWP., Pennsylvania (WPVI) -- The slushy mix is now gone from most major roads around the Lehigh Valley.

What we're seeing as of Friday afternoon is mostly wet surfaces after that thin layer of snow finally melted.

Dangerous driving conditions forced PennDOT to temporarily reduce the speed limit on area interstates and highways in the Lehigh Valley.

"I do have a nice vehicle with all-wheel drive, so it's a little bit easier on me, but still, you have to take a lot of caution," Brad Jacoby of South Whitehall Township said. "It wasn't too bad. The main highways are fine. The side streets are not the greatest."

Drivers on those secondary streets had to deal with a slushy mix on the road, but many, like Jacoby, encountered delays even before they got into their cars.

Jacoby says the coat of ice on his car was thicker than usual.

But there were others who didn't have to worry about that.

"Yeah, I have a garage. I mean, the weather is bad, but as long as you take your time and go easy, you'll make it," Jermaine Johnson of Allentown said.

That also applies to pedestrians walking on slippery sidewalks and driveways.

Some areas in South Whitehall Township got just enough snow to break out the snow blowers to clear sidewalks.

That same work is being done by plows to remove remaining slush from interstates and parking lots.

With plow trucks still making their passes, there's a steady stream of traffic behind those vehicles.