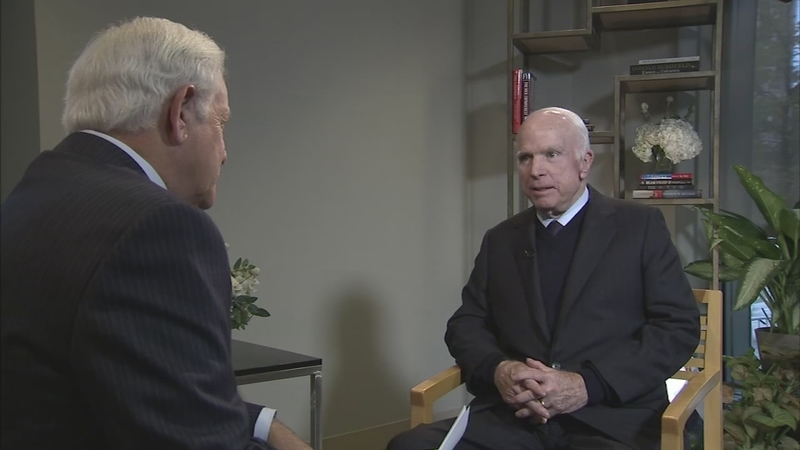 The two discussed McCain's life of service, but they also turned to politics, the current atmosphere in Washington, the lack of bipartisanship, and McCain's public disagreements with President Trump.

At the end, they were joined by McCain's long time friend and colleague from the Senate, former Vice President Joe Biden. The republican and the democrat looked back at their days of going nose to nose on the floor of the Senate, but remaining friends, and always maintaining respect for each other.