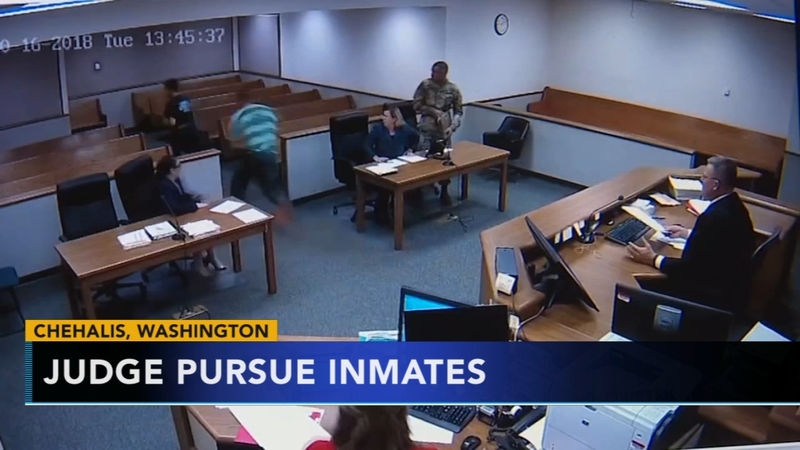 A judge removed his robe and gave chase after two handcuffed inmates made a run for it from his Washington state courtroom.

Video shows Judge R.W. Buzzard leap into action when 22-year-old Tanner Jacobson and 28-year-old Kodey Howard bolted for the door and down a stairwell.

Jacobson was in the lead bounding down the four flights of stairs, but the judge closed in on Howard. The judge grabbed him just as he was about to exit the courthouse. Authorities apprehended Jacobson a few blocks away.

Both are charged with second-degree escape.

Information from: The Chronicle, http://www.chronline.com