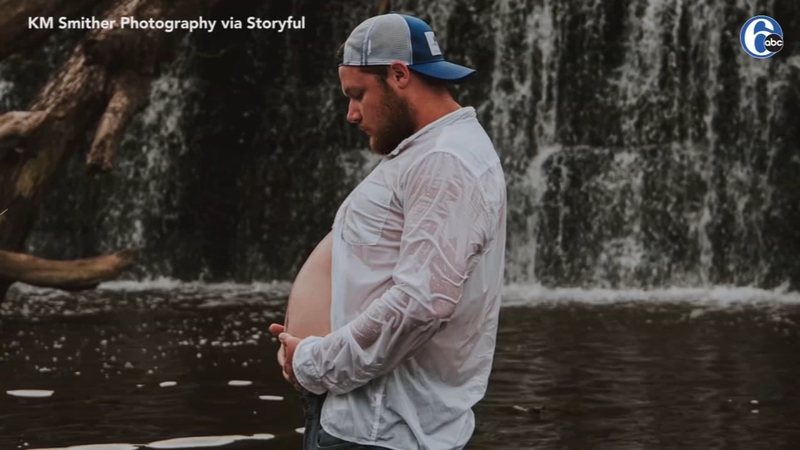 FRANKFORT, Kentucky (WPVI) -- A Kentucky man decided to cheer up his wife, who was put on bed rest, by taking her place in a maternity photo shoot they had planned.

Smither, who is also Jared's sister-in-law, told the Huffington Post, "Jared is a big goofball. We had talked about the idea very early on in her pregnancy, but forgot about it. Then once Kelsey got put on bed rest, he was upset that she was disappointed. He wanted to cheer her up and put a smile on her face."

According to Smither, Jared's wife, Kelsey, was indeed surprised and almost "peed herself laughing so hard" when she saw the photos.