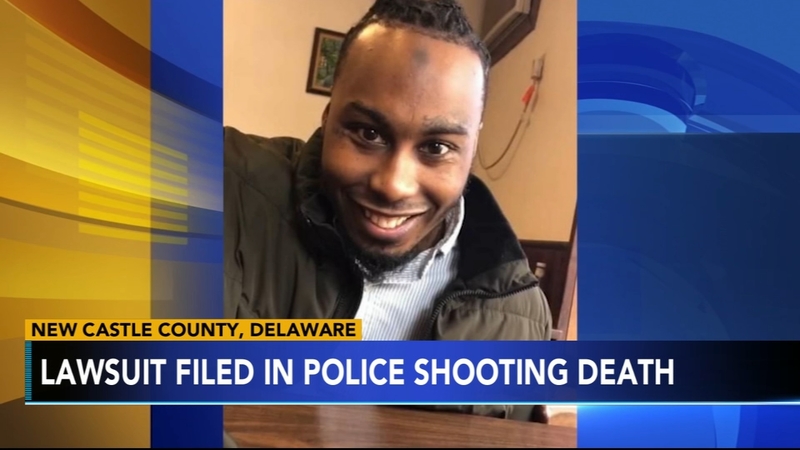 NEW CASTLE, Delaware (WPVI) -- The family of Lymond Moses, the man who was shot and killed by New Castle County police earlier this year, is taking legal action.

A lawsuit filed Wednesday seeks unspecified damages from the county, the department of public safety, the police department and three officers involved in the shooting.

Moses was shot in Wilmington, Delaware as he was behind the wheel on January 13.

It all began after Moses was found asleep in his car on a dead-end street.

The New Castle County Police Department released the bodycam video from several officers that shows the moments leading to a fatal shooting.

Moses repeatedly told the officers his mother lived next to where his car was parked. The officers said they were in the area looking for stolen vehicles.

The officers also pointed out marijuana could be seen in the vehicle, but add that they didn't care about it.

Things take a turn when the officers ask Moses to step out of the vehicle and he drives away.

He reaches the end of the street, turns around, and begins to drive again.

Police say officers shot Moses as he drove at them at a high rate of speed.

Moses' family says none of the officers were in the vehicle's path. They say one of the bullets struck Moses in the side of the head as he drove past.