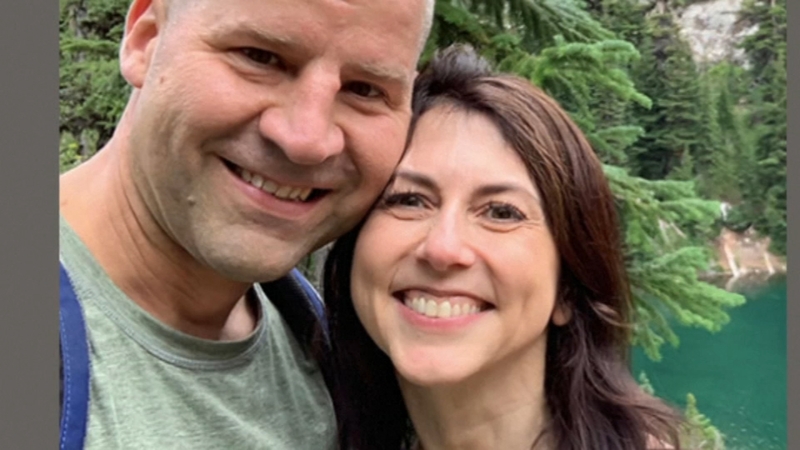 PHILADELPHIA (WPVI) -- A local organization is one of 286 that received a massive financial boost from MacKenzie Scott, the ex-wife of Amazon founder Jeff Bezos, and her husband, former Lower Merion teacher, Dan Jewett.

Scott, one of the richest women in the world, and her husband Dan Jewett, donated $2.74 billion to organizations that focus on the arts and combating racial discrimination.

Play On Philly, an organization that provides underserved children a music education, was among the organizations listed on Scott's blog post "Seeding by Ceding," published on the website Medium on Tuesday.

In a statement, the organization said it was "deeply humbled" to receive $1 million from Scott.

"It comes at a pivotal time as we enter a new decade of providing transformative music education to students this fall. Ms. Scott and her team's decision to highlight so many arts and equity organizations speaks to her belief in the power of the arts to change our social and systemic problems. With this gift, our staff and Board will make investments in Play On Philly's students and future growth, empowering us to serve more students in the Philadelphia area," the statement said.

The settlement from Scott's 2019 divorce from Bezos made her one of the richest people in the world. She and Bezos were married for 25 years.

At $193.5 billion, Bezos is currently the world's' wealthiest person, and Scott's fortune is valued at about $59 billion, according to Forbes. She married Jewett in March.

In May 2019, shortly before her divorce to Bezos was final, Scott joined The Giving Pledge, a campaign created by Bill Gates, Warren Buffett, and Melinda Gates that encourages extremely wealthy people to contribute a majority of their wealth to philanthropic causes.

Jewett, too, committed to the pledge after marrying Scott. "It is strange to be writing a letter indicating I plan to give away the majority of my wealth during my lifetime, as I have never sought to gather the kind of wealth required to feel like saying such a thing would have particular meaning," he said on the pledge's website.

Jewett is a former chemistry teacher at Harriton High School in Bryn Mawr. He taught at the school from 2002 to 2011.

Scott's net worth has soared as Amazon's stock surged during the pandemic. In July 2020, she announced that she had given away $1.7 billion of her fortune to 116 organizations to "areas of need" including racial equity, LGBTQ+ equity, functional democracy and climate change. And in December, Scott announced that she donated another $4.2 billion to 384 organizations.

This most recent donation brings her givings to more than $8.5 billion worth of donations in less than a year.

In the blog post, Scott listed the 286 organizations she donated to most recently, which are "high-impact organizations in categories and communities that have been historically underfunded and overlooked," she said.

Along with Play on Philly, the list also includes the Racial Equity in Journalism Fund, the Asian American Federation, the Emerging LGBTQ Leaders of Color Fund and the National Equity Project.

In her blog post, Scott said she wants to "de-emphasize privileged voices" and "cede focus" to others. "People struggling against inequities deserve center stage in stories about change they are creating," she said. "Me, Dan, a constellation of researchers and administrators and advisors - we are all attempting to give away a fortune that was enabled by systems in need of change."