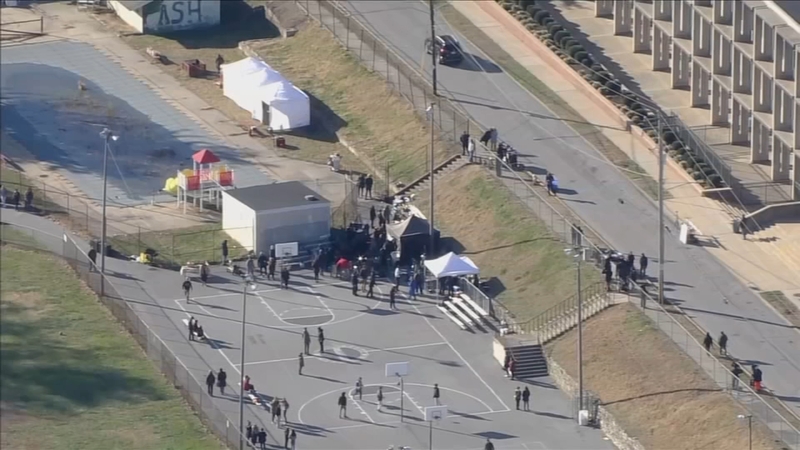 COATESVILLE, Pennsylvania (WPVI) -- A slice of Hollywood is in the Philadelphia suburbs for the next few months, with a vacant Kmart in Coatesville, Pennsylvania acting as the production base for the new HBO limited series "Mare of Easttown," starring Kate Winslet. Local businesses are hoping to offer a slice in return.

"Hopefully the energy from this causes a little energy for the Kmart spot. Maybe something great will come in there for the area," said Speer Madanat, who owns Joey's Pizza, next door to the lot. "We want to get (Winslet) in here and get her a slice of pizza."

The film crew will be making its way through different spots in Delaware and Chester counties through April. There's one spot in particular where the neighbors can't wait to show off the history behind their homes.

"They said they were filming with Kate Winslet from the 'Titanic!'" said Geraldine Turner, who has lived in her house for 60 years. She says one of the houses in her development will be a part of the film.