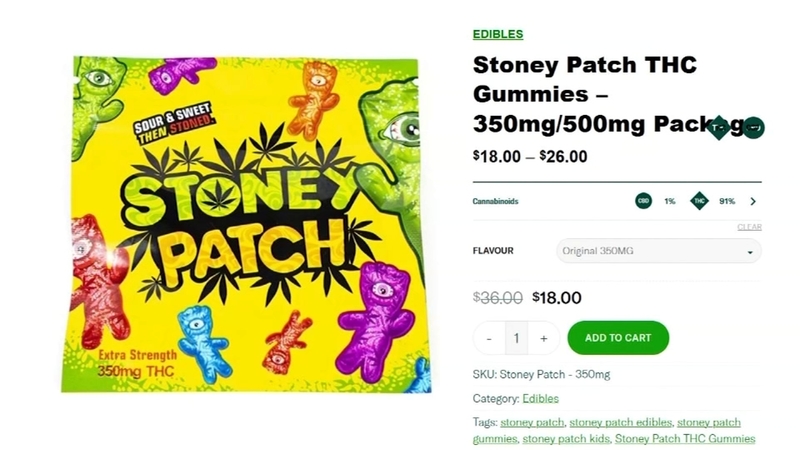 COLUMBIA, S.C. -- A South Carolina teacher is off the job, after a student earned an illegal and unsafe prize in class.

They were gummies containing THC, the main psychoactive compound in marijuana, WIS reported.

It was meant to be a prize, but, instead, when an elementary student put his hand in the prize bowl he got something called "Stoney Patch Kids" -- a product that boasts extra-strength THC and contains a schedule one drug.

While no child ate the marijuana gummies, one came close.

"That's what concerned me most about the story, the chance the child could've eaten these products that are not good for them," said Susan Spearman, grandmother to one of the students.

According to an arrest report, Victoria Weiss had a box in her class filled with different candies she got at the Dollar General.

But on Sept. 23, when two kids earned a prize, one grabbed a Dum Dum and the other grabbed gummies with marijuana.

According to the Lexington County sheriff, the child who went for the gummies was told to pick another candy instead and still walked away with the Stoney Patch Kids.

It wasn't until that child went to an after-school program and asked for help opening the gummies that a teacher saw what was in them and alerted the school.

"When I first heard, I was really shocked and sad that this teacher lost her job because of a mistake, or an error in judgment, and I'm really sorry for the kids who've lost their teacher that they have probably gotten used to and loved the routine she set up for them," Spearman said.

The gummies' package said they contain 350 milligrams of THC, and the sheriff said they are illegal in South Carolina.

The arrest warrant for Weiss said the assistant principal found another pack of THC gummies in the prize bowl, and deputies found THC edibles in her home.