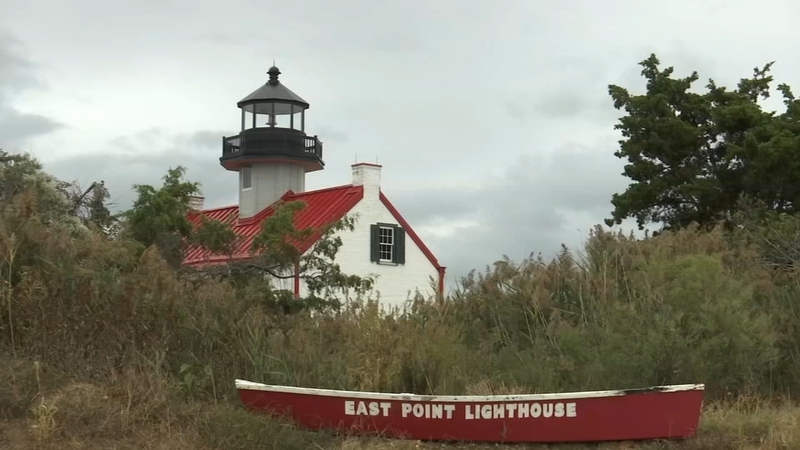 East Point Lighthouse in danger because of beach erosion

MAURICE RIVER TOWNSHIP, New Jersey (WPVI) -- The East Point Lighthouse in Cumberland County has guided ships to shore for 170 years, but now one of New Jersey's oldest lighthouses may be left stranded.

"We're about to enter the winter with basically zero protection because what you're seeing there could fall tonight with just a high tide," said Nancy Patterson of the Maurice River Historical Society. Patterson is trying to save the lighthouse.

"It's really isn't that long there was a huge beach here. I used to bring my grandchildren when they were little," said Patterson.

She said she's been telling the New Jersey Department of Environmental Protection for months the wall of sandbags it built to fight erosion is failing.

Now, Patterson is worried one bad storm could mean no more lighthouse.

"We've had so many, what would call, shots across the bow, warning shots, and we've ignored them," said Patterson. The DEP says it plans to install a "geotube," and is considering a bid from Walters Marin Construction for $391,750.

A spokesperson said in a statement construction could start by the end of October or early November and is expected to be completed by the end of the year.

Patterson and neighbors in Maurice River Township, however, are worried that's only a temporary fix.