Beach patrols preparing for busy season at the Jersey Shore

Swimmers are always strongly encouraged to swim near lifeguards.
WPVI
By Trish Hartman 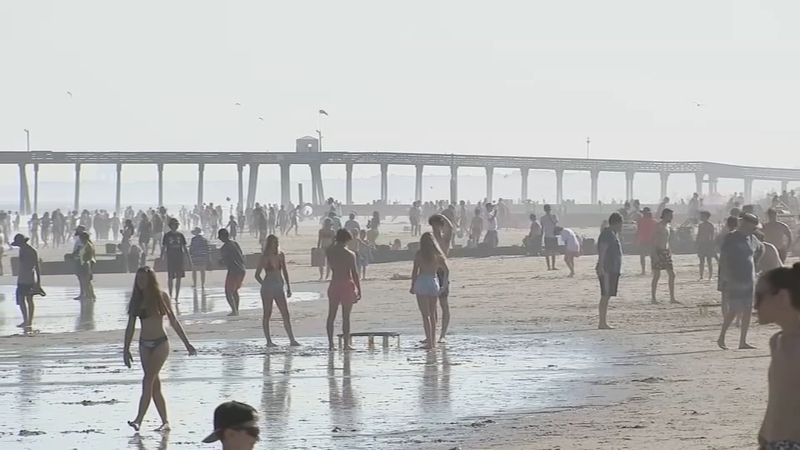 Beach patrols preparing for busy season at the Jersey Shore

OCEAN CITY, New Jersey (WPVI) -- The Jersey Shore is getting ready for the unofficial start of summer this Memorial Day weekend.

While beach communities say they're ready for visitors, finding lifeguards has proved to be more challenging again this year.

Lifeguards aren't officially on duty until the weekend. Ocean City officials say they do have a rapid-response team in place this week.

On Saturday, a group of juveniles were caught in a rip current near 10th Street in Ocean City.

No lifeguards were on duty at the time, but some guards who were nearby responded.

Three juvenile swimmers were pulled from the ocean Saturday after they were caught in a rip current in Ocean City, New Jersey.

One 12-year-old boy was submerged when he was rescued, and needed CPR, according to officials. He was taken to Cooper University Hospital's trauma center on Saturday, but officials say he's since been moved to DuPont Children's Hospital for treatment.

Officials say it was one of several rescues made over the weekend.

In Avalon, they're repainting the guard stands and getting ready for duty for Memorial Day weekend.

This year, the borough held an additional tryout to get more lifeguards committed earlier.

"We have 83 guards on duty. We would like to get the number to around 100," said Avalon Borough business administrator Scott Wahl. "We were a little bit less last year, but the difference was we held a May lifeguard tryout and that allowed us to hire some additional guards."

Most patrols don't hold tryouts for new guards until June when school lets out.

Avalon recently increased wages for lifeguards, but officials say hiring and retaining them can be a challenge, partly because of budget restrictions in many towns.

"There's a finite amount of money you can spend," said Wahl. "Unfortunately that's kept wages down and has forced lifeguards to take a look in another direction."

For one prospective lifeguard, it's not the wages that have him hesitating, but the location.

"I do live far," said Nicholas Tenaglia of Northeast Philadelphia. "So if I were to get the job, I would have to come out here and stay out here the whole time. And my family's not down here."

In Ocean City, the test to become a lifeguard takes place on June 4.

This weekend in Ocean City, 10 beaches will be guarded. Officials say that's more than usual.