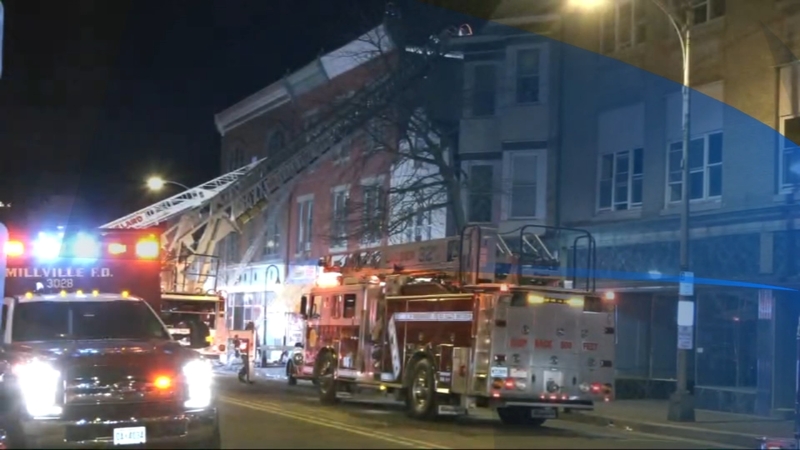 The fire started just after midnight Monday in the 100 block of North High Street in Millville.

Officials say all the victims suffered smoke inhalation. Two of the victims are under five years old.

The three-story building has a storefront with apartments on the upper floors.

The blaze damaged the second and third floors of the building

There is no word on what caused the fire, though the fire marshal said the flames began in an area inside a third floor hallway.

All five people have been treated and released.