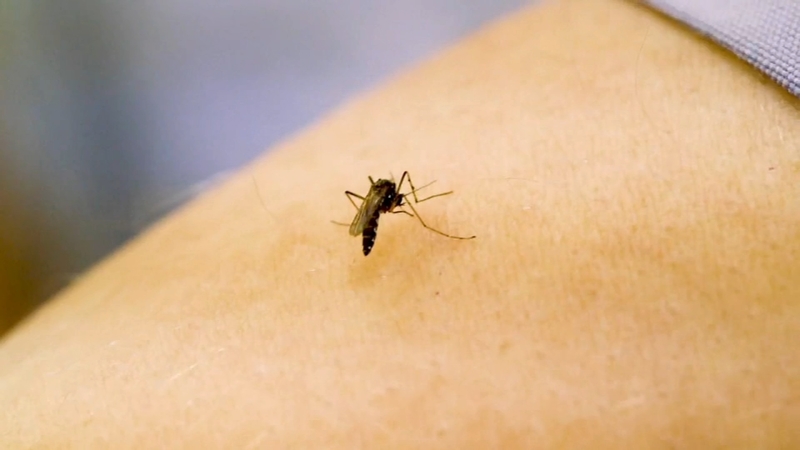 ELKHART COUNTY, Indiana (WPVI) -- An adult in Michigan and a 68-year-old man in Indiana are the latest to die from the mosquito-borne Eastern equine encephalitis, or Triple-E virus.

Roger Levits, 68, died Saturday after fighting the virus for weeks.

"We don't have any treatment for it except just symptomatic because it's a virus, so your body has to fight it off itself and it's a hard virus to fight off," says Lydia Mertz, Elkhart County, Indiana, Health Officer.

Neighbor Walt Woodlee says, "He's going to be missed in this neighborhood."

Woodlee, a 15-year friend, was teary-eyed as he remembered his outdoor-loving neighbor.

"He liked to hunt and fish and he just was all around just a nice guy," said Woodlee.

Michigan has had 5 deaths, the latest in the southwestern corner of the state and this is the 9th case in the state.

EEE is a rare, but dangerous virus.

It kills one in three people who develop severe symptoms from it and can cause long-term disabilities in those who survive it. Mosquitoes are carriers of the virus, and can transmit it to humans and animals after biting infected birds.

Mertz says everyone needs to be alert.

"A lot of people think because the temperatures are cooler now the danger is over but mosquitoes are still going to be around and they'll be out and biting," she says.

Elkhart County did aerial spraying of pesticides to combat the pests earlier this month, but while it did bring the numbers of mosquitoes down, she says the danger won't end till temperatures get and stay below 53 degrees.

"They are just resting on vegetation, leave logs then when it warms up to 50 60 degrees they're out and about again so we're not out of danger till we have a hard freeze that will really knock them off," she says.

And they will die off quickly.