Lieutenant Henry Ward is in charge in the interim, officials said.
WPVI
By 6abc Digital Staff and Jillian Mele 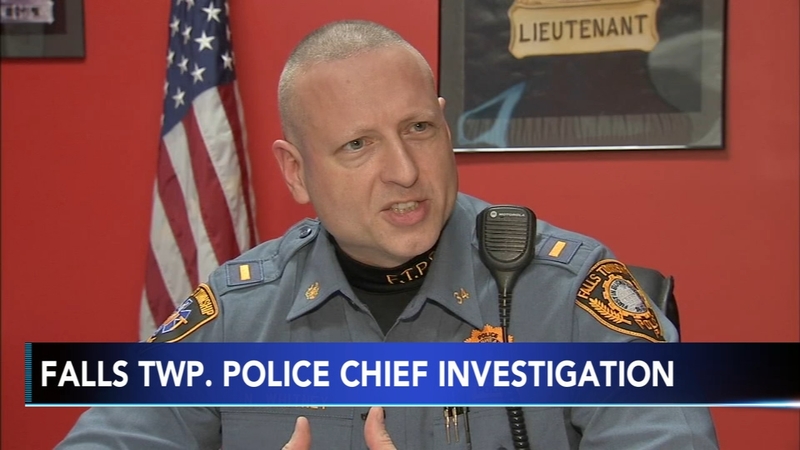 FALLS TOWNSHIP, Pennsylvania (WPVI) -- Nelson Whitney, the police chief in Falls Township, Pennsylvania, has been placed on paid administrative leave, according to officials.

Township officials said that the leave is pending the outcome of an investigation into allegations related to performance of his duties.

Lieutenant Henry Ward is in charge in the interim.

On Wednesday evening, an attorney representing Whitney issued a statement:

Recently, Chief Whitney learned that a vote of no confidence was made by the Police Association of Falls Township (PAFT). Chief Whitney is disappointed in this vote, however he knows that the integrity and professionalism he has brought to the department since he became Chief has not been popular with everyone.

On the heels of the no confidence vote by PAFT, Chief Whitney informed Falls Township that he received a federal grand jury subpoena seeking his cooperation in a federal investigation. Chief Whitney has retained legal counsel to investigate whether the Chief's cooperation in a federal investigation has any connection to the recent no confidence vote by PAFT or him being placed on administrative leave by Falls Township.