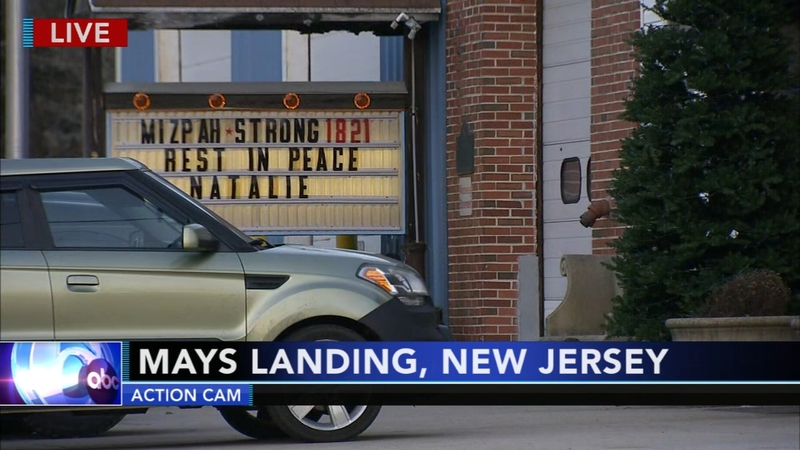 MAYS LANDING, N.J. (WPVI) -- The saying "Mizpah strong" has been ingrained in the tight-knit fire company in Atlantic County for a few years.

After once again losing one of their own, they are relying on the strength of community to get them through.

The volunteer firefighters at Mizpah Fire Company responded to calls for help Wednesday while they mourn themselves.

Flowers were left on the bench out front of the fire house to show support after the devastating loss on Christmas morning.

Volunteer firefighter 21-year-old Natalie Dempsey was killed in a car crash as she was heading from her home to the fire station when her car hit a guardrail.

"We stopped in the truck to assist and we walked up on the car and realized who it was," Mizpah Fire Chief Jay Davenport said.

Despite her young age, Dempsey was a standout; she was working towards becoming a police officer and was elected to become the Mizpah Fire Company Vice President.

"They trusted that girl with everything. She was a different type of person. They loved Natalie and Natalie loved them just as much," Davenport said.

When she wasn't volunteering, Dempsey worked at an animal clinic. She is being described as giving and caring.

"To think that somebody so beautiful and so goofy can be gone in a blink of an eye its unreal, hard to deal with," Eriana Davenport of the Mizpah Fire Company said.

There has been an outpouring of support, calls coming in from neighboring fire companies in New Jersey to firefighters in England sending their condolences.

Because Dempsey was responding to a call, she will receive a Line of Duty honors at her funeral, the date of which is still being determined.