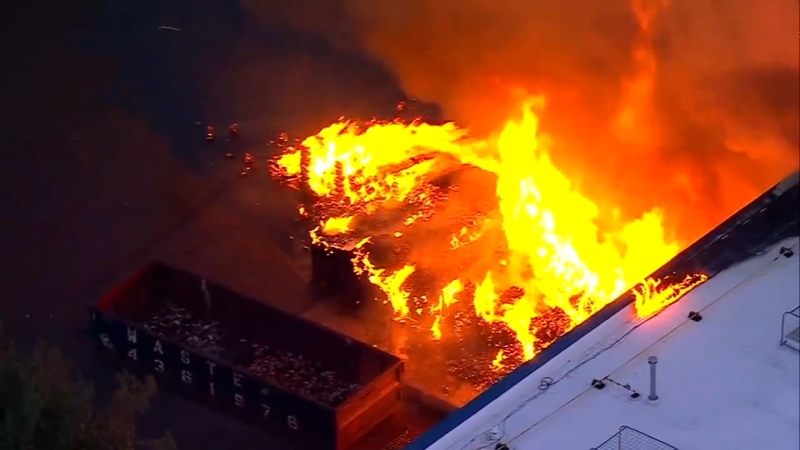 According to police, the fire started just after 6:30 p.m. Tuesday and spread to a fifth alarm at the building in Piscataway, Middlesex County.

Witnesses said they heard loud bangs coming from the scene.

"It was like a good seven to eight loud noises. I was like 'what's going on?'" witness Jamel Davis said. "I see all this fire, this explosion and everything, all this smoke coming from the sky -- it was like pretty amazing to me, I never seen so much black smoke, thick smoke in the sky like that."

Piscataway Mayor Brian Wahler told our sister station WABC-TV one firefighter suffered heat exhaustion battling the fire. He said another firefighter sustained a shoulder injury, but the injuries were not considered serious.


Police said there has been no sign of a potential collapse of the structure.

Volunteers with the Red Cross were on the scene providing services to first responders working to put out the fire.