PHILADELPHIA (WPVI) -- After three weeks Verizon workers are still on strike, and this past weekend they lost their health insurance benefits.

It's the latest development in a tug-of-war between the telecom giant and union members.

Action News spoke with both sides on Tuesday, and there is no indication of any progress in talks. The contracts expired in August of last year. 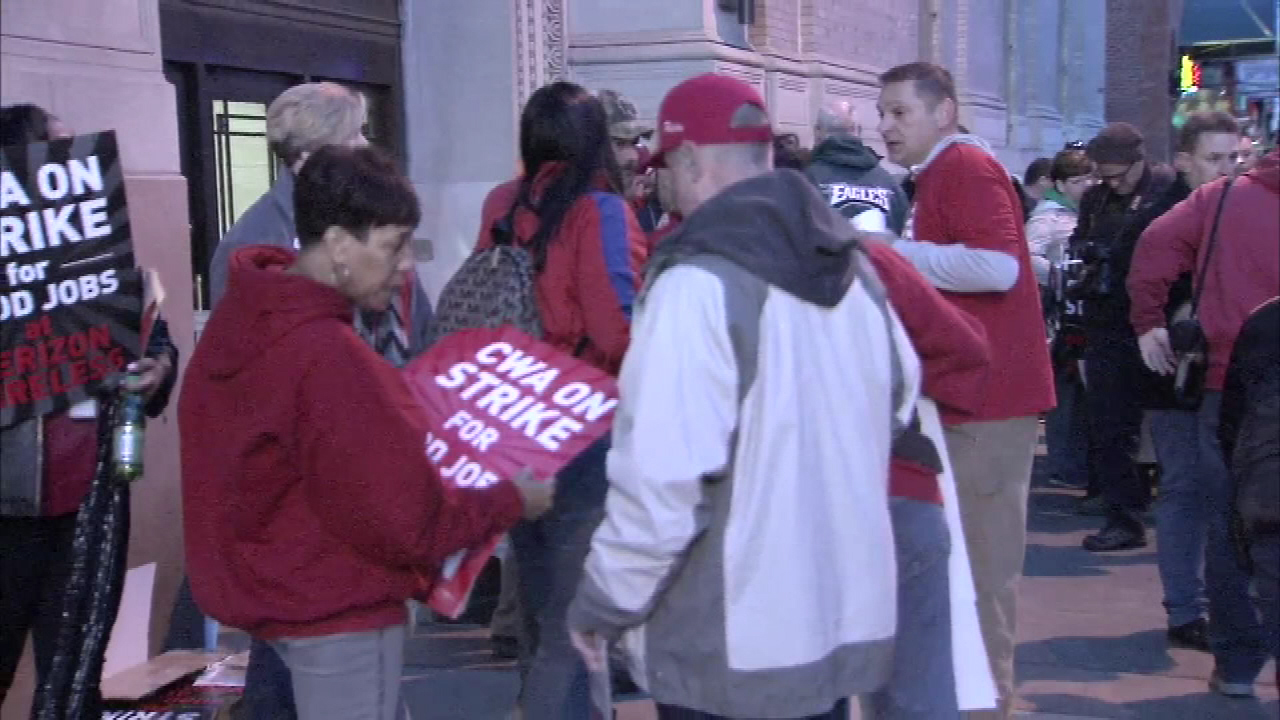 Nearly 40,000 employees from New England and New York down to the Mid-Atlantic States had their health benefits cut off over the weekend.

Maryann Jandura, an employee at the Verizon location at 9th and Arch streets in Center City Philadelphia, is among those affected.

Verizon says they've made their best, final offer to the bargaining units, and that has been rejected.

Mike Davis of the Communications Workers of America explains, "We want jobs brought back and we want the work that's generated in this state and other states to remain in that state, instead of going overseas to contractors."

Negotiations for the Mid-Atlantic States continue in Center City.

Verizon's management issued a statement on Tuesday, which reads: "We've offered seven-and-a-half percent pay raises, quality health care at affordable costs, and generous retirement benefits" to be fair to all parties involved and to remain competitive.