'Bolt from the blue': How lightning can strike suddenly, even while sunny

A lightning strike killed a Berkeley Twp. lifeguard and injured seven others on Monday.
WPVI
By Cecily Tynan 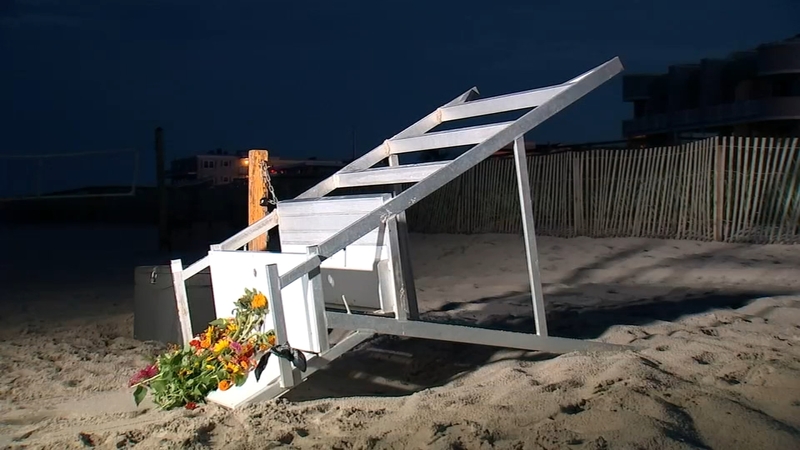 PHILADELPHIA (WPVI) -- The lightning strike that killed a lifeguard and injured seven others in Seaside Park, New Jersey Monday was a tragic example of how lightning can strike suddenly, even when it's sunny.

A "bolt from the blue" is one of the most dangerous types of cloud to ground lightning because it happens without warning: a bolt that emerges from the side of a cloud that can travel through long horizontal channels before eventually striking the ground, several miles away from the parent storm.

Authorities said of the seven others injured in Seaside Park, three of the victims were lifeguards and four others were beachgoers.

Pete Tortorelli was tending an outdoor bar a block away from the beach when, he said, lightning struck seemingly out of nowhere.

"It looked a little cloudy in one direction but clear as anything in the other direction, and it was the first lightning of the day," he said. "Literally two minutes after I saw the lightning, every cop car in this town was screaming down the street."

Thomas Taberoni was at a beachfront house 100 yards away from the lifeguard stand, noticing that it was beginning to get cloudy, when he heard what he described as the loudest noise he had ever heard.

"Have you ever been to an air show when they break the sound barrier with that boom and you weren't prepared for it?" he asked. "This was like 100 times louder than that."

Meteorologist Cecily Tynan says, "This just goes to show that lightning can strike just about anywhere if there are thunderstorms around, despite the fact that there are blue skies overhead. The best thing you can do to avoid getting hit is to be weather aware: if you hear rumbles of thunder in the distance, or radar shows storms approaching, get inside right away!"

The identities of the lifeguard who died, as well as the others hurt by the lightning strike were not immediately released.

Monday's tragedy was the ninth known lightning fatality of the year in the U.S. and the second in New Jersey.