New Jersey's State of Emergency went into effect at 8 p.m. Monday for all 21 counties in the Garden State.

Before the rain started to let up, it was hard to stay dry as the nor'easter impacted Center City and produced heavy downpours at times.

TRENTON, New Jersey (WPVI) -- Before the rain started to let up, it was hard to stay dry as the nor'easter impacted Center City Philadelphia and produced heavy downpours at times.

Some people living over in Fairmount Park experienced flash flooding in the area of West Ford Road.

A Flash Flood Watch lasting until Tuesday afternoon is in effect for parts of the area.

While the rain was heavy in the morning, there was a lull in the action for much of the day.

But the wind picks up Tuesday afternoon and another round of wind-driven rain returns at night.

In New Jersey, Governor Phil Murphy declared a State of Emergency in New Jersey prior to the start of the nor'easter.

The State of Emergency went into effect at 8 p.m. Monday for all 21 counties in the Garden State. This allows resources to be deployed throughout the state during the duration of the storm.

The governor's office is asking residents to be prepared for flash flooding, coastal flooding and windy conditions.

As of Tuesday at about 10 a.m., Murphy said about 3,200 power outages had been reported. That was down from about 4,000 at the height of the storm.

"We encourage everyone to stay in and sit tight until the storm passes," he said during a Tuesday morning briefing.

The system is expected to bring some rough surf for areas at the shore.

Some people who live there or are staying temporarily say they're prepared so they aren't caught off guard.

"Took the flags down, we put up some cement and concrete pavers around just in case we get some flooding. Hoping for the best, preparing for the worst," Chris Jones of West Deptford, New Jersey said. 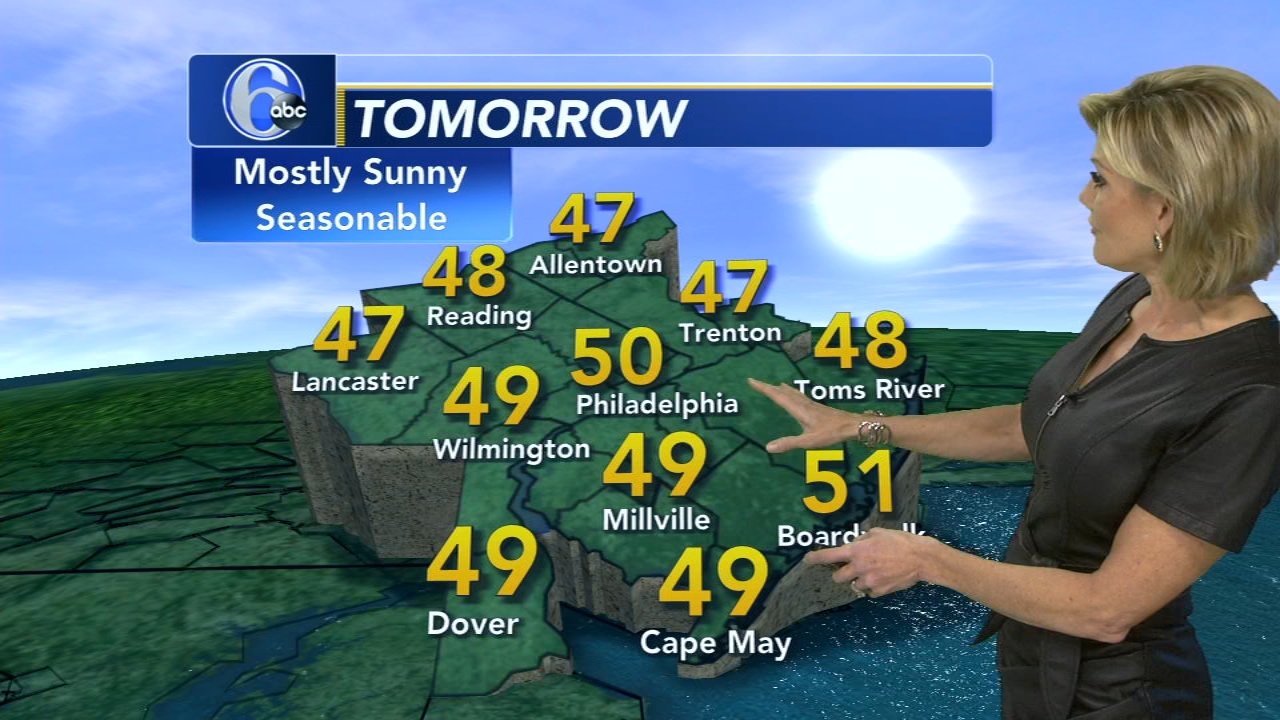