The ocean swells were impressive in Atlantic City, bringing dozens of surfers to the ocean.

New Jersey residents were bracing for gusty winds Tuesday evening as a nor'easter moves through the area.

At the Jersey shore, officials Action News reached out to had no reports of major flooding or beach erosion around mid-day Tuesday.

The ocean swells were impressive in Atlantic City, bringing dozens of surfers to the ocean.

"Conditions are pretty heavy but really fun," said Jamaal Cunningham of Galloway, N.J. "There's good waves, some good barrels which is pretty standard for here. People think you can't surf here in NJ that well, but when it's good here it's as good as anywhere."

"The forecast suggests this system will still be packing some heavy rains and sustained winds until the early hours of tomorrow before finally moving away tomorrow morning," said Gov. Phil Murphy during a Tuesday morning briefing with transportation and utility officials.

Several inches of rain fell in parts of New Jersey, and officials warned of a second phase of this slow-moving storm, with stronger winds.

"We expect winds between 20 and 25 mph to continue to blow inland and between 30-45 mph on the shore," said Murphy.

People and pets walked the beach, hoping conditions don't worsen too much.

"I was up in the middle of the night actually and looked outside and it was just a light rain," said Debbie Hamburg of Margate as she walked with her husband, Jerry.

Officials say if you experience a power outage, make sure you report it to your utility company and stay away from any downed wires. 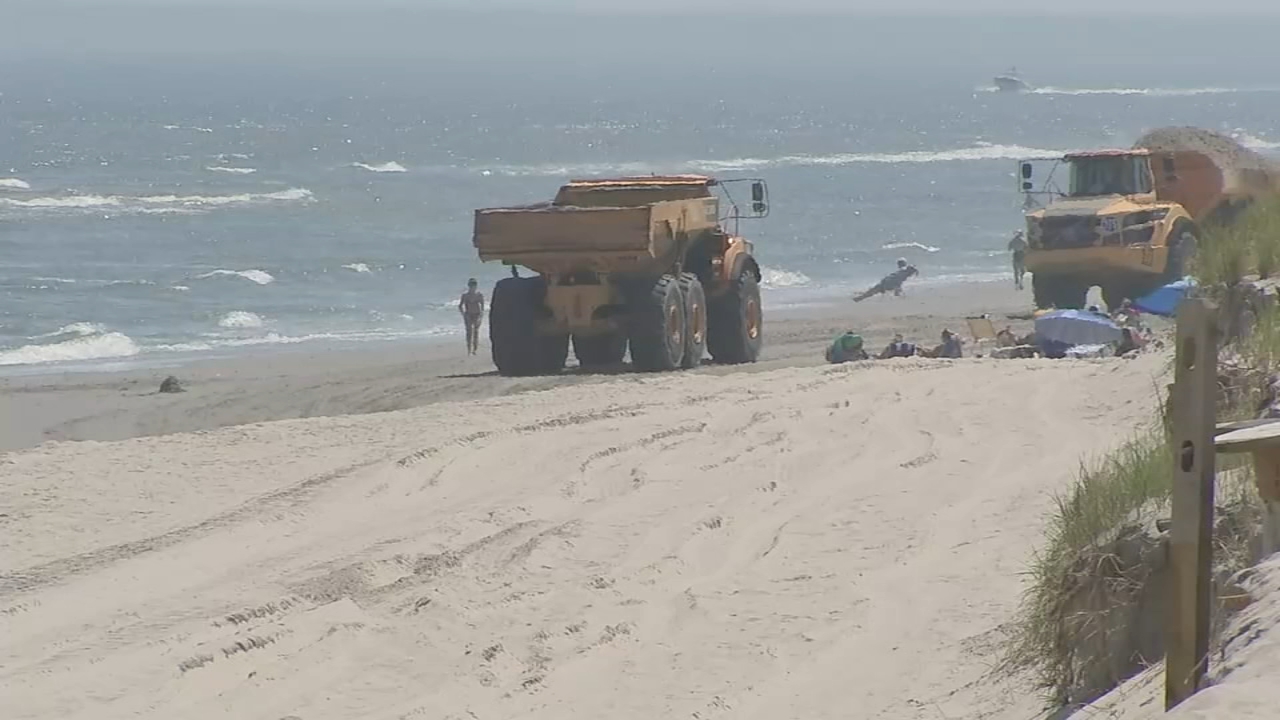 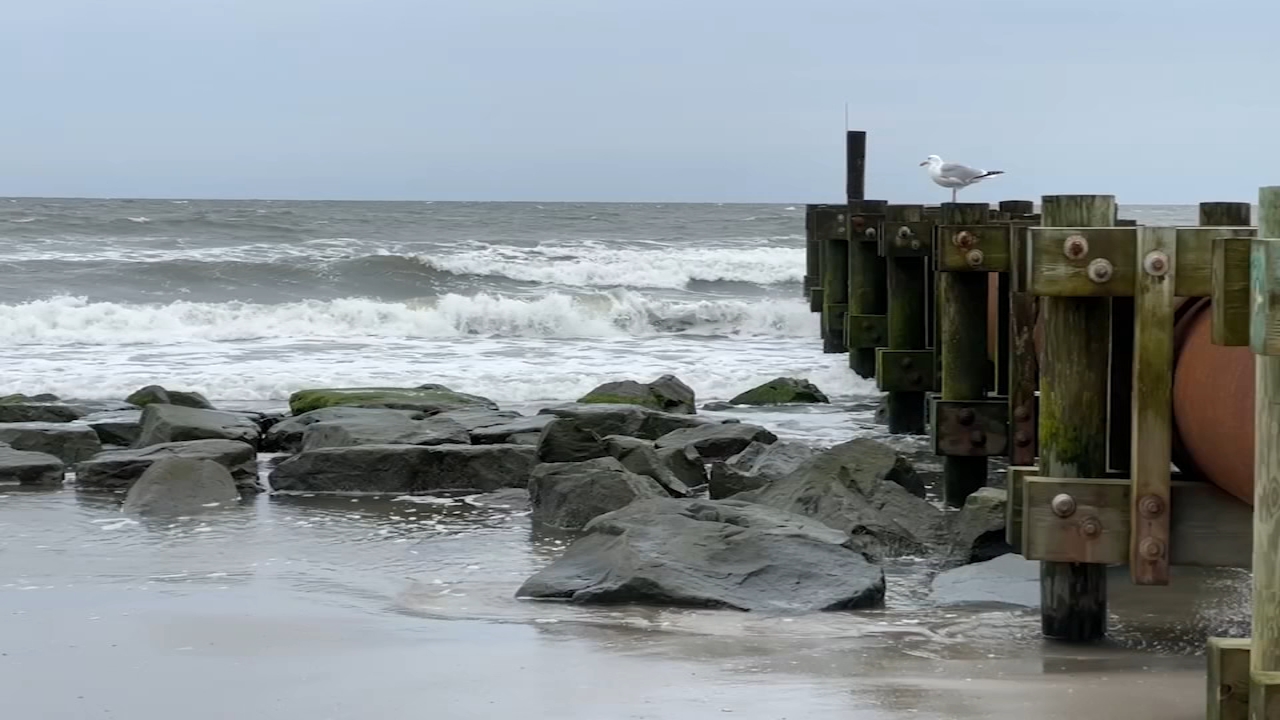 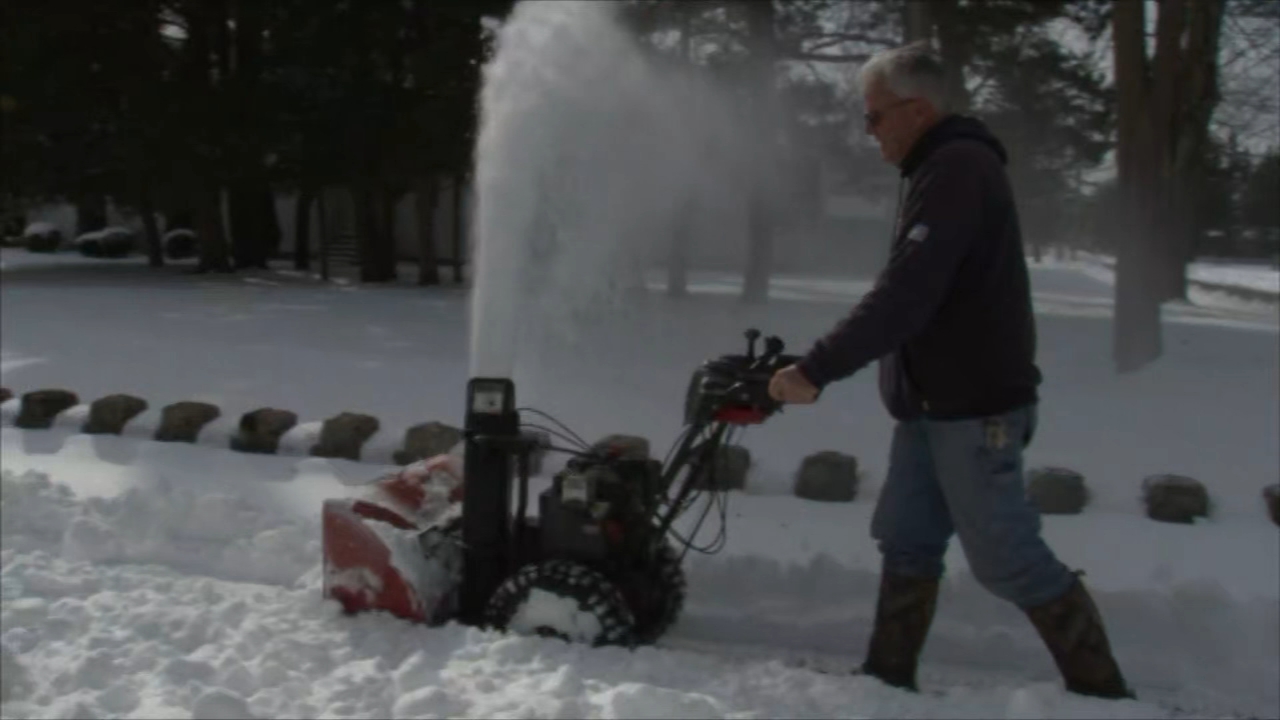 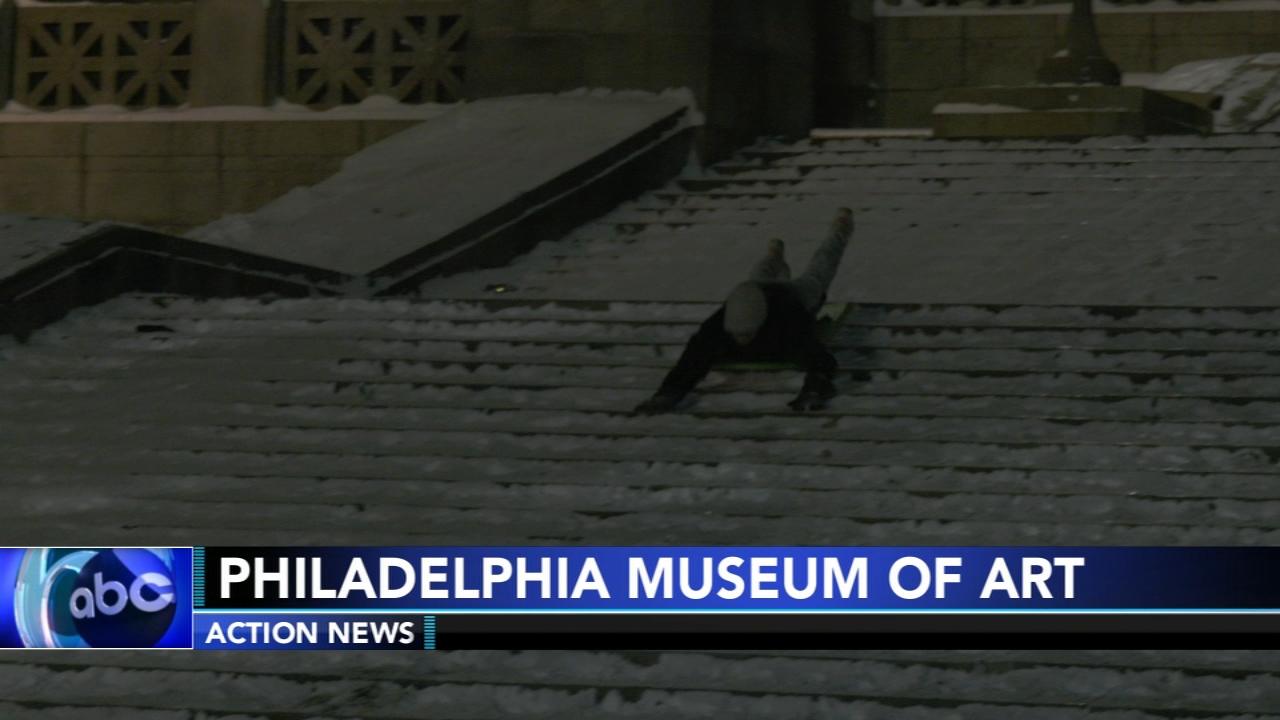