Officials in Ocean City, New Jersey are encouraging people to move their cars to higher ground ahead of the storm.
WPVI
By Trish Hartman 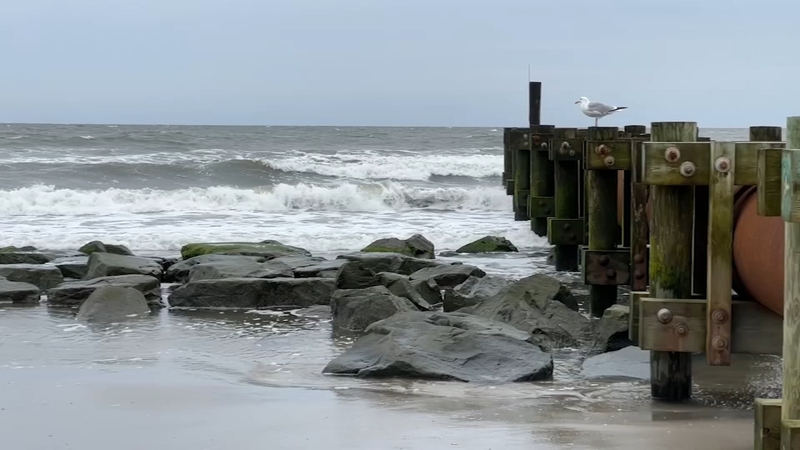 Officials in Ocean City, New Jersey were encouraging people to move their cars to higher ground ahead of the storm.

AccuWeather explains the term and details how a nor'easter forms.

"You really have to pull your car off the street because it could come to the side of the door really," said Leslie Wolf, of Warrington, Pa., who also owns a home in Ocean City on Haven Ave.

She's seen what moderate flooding can do.

On Monday night, water levels are expected to reach 6.5 feet for the Great Egg Harbor Bay, so street flooding is possible, especially near the 9th Street bridge according to officials.

Residents are encouraged to move their vehicles to higher elevation streets like Central and Wesley, and municipal parking lots are free.

Officials are also concerned about strong winds and warn people to secure loose items, and that includes worksites too.

Mike Wallace, owner of Wallace Hardware, said he had a few customers Monday morning looking for sandbags and supplies.

"They've either worn out and need to replace a few, but other than that there's no reason to have them all the time, just when the storms come," said Wallace.