South Jersey residents continue to dig out from weekend blizzard

With refreezing possible at night, officials still ask that people use extra caution on the roads.
WPVI
By Trish Hartman 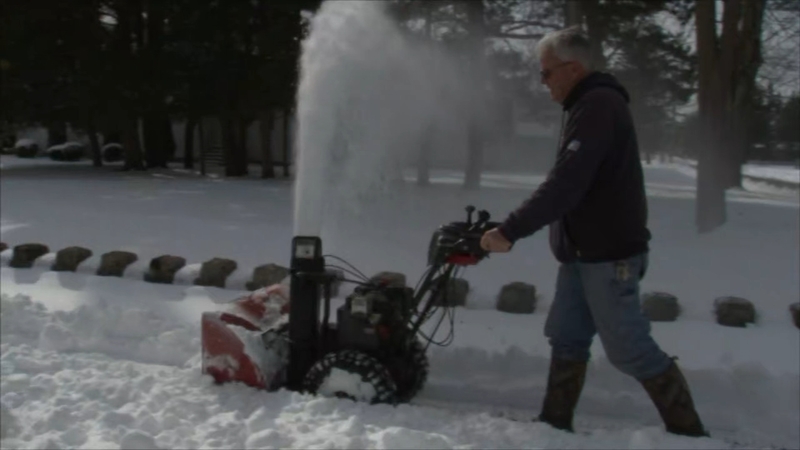 Chopper 6 was over Margate on Monday afternoon, where crews were clearing snow from the sidewalks.

In Atlantic City, workers were loading the snow into dump trucks to haul away.

In Egg Harbor City, people we still digging out and schools were closed Monday. Some other districts had delayed openings.

SEE ALSO | Snowfall Totals: Here are the latest snow amounts in our region from the nor'easter

While many major roads were clear, some smaller streets and sidewalks were still snow-covered or icy.

We talked to folks who say they needed that extra day because of the large amounts of snow.

"Coming out just to clear the sidewalk. As you can see my wife has a business so we're getting it cleared out for customers so they can get in and get out safely," said Stephen Covington as he shoveled the walk outside his wife's salon in Egg Harbor City.

He worked all weekend at an Atlantic City casino and is now tackling his own property.

Shoveling proved to be a lot more fun with a helper like Roxanne, an energetic pup who jumped and pawed at the shovel with every scoop.

SEE ALSO | Behind the wheel: Ride alongside a snowplow driver during the nor'easter

"By her jumping around she's actually helping. She's loosening up the snow. So unexpectedly she's doing more than you know," said Roxanne's owner Chris Hawkes.

As salt trucks made their way around the area, students made the most of their snow day at Egg Harbor Township Nature Reserve.

"It's pretty fun," said Cameron Hartman of Mays Landing, who had no school on Monday.

"It's very good. It was a little faster earlier. A little warm now but they were flipping over the barriers," said Cameron's dad, Jeremy Hartman.

Big sheets of ice meant hockey players could lace up their skates.

"We came out this morning and it was frozen again. We came out, played hockey. Took my brother and my sister," said Blake Gray of Egg Harbor Township. "Got some of the boys out here. It was fun."

Atlantic County officials say crews have been working since the storm to clear all 375 miles of county roads.

They hope that with Monday's sun and warmer temperatures on the way, roads will be back to normal soon.