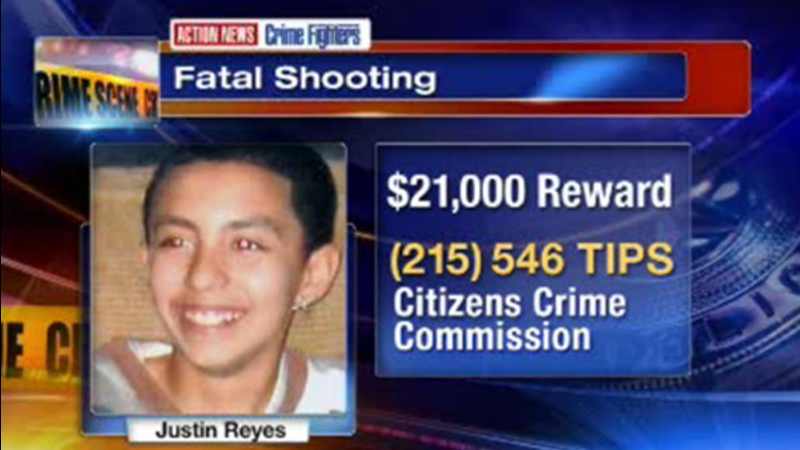 NORTH PHILADELPHIA (WPVI) -- A grieving mother is asking for help in finding the person who gunned down her 17-year-old son outside of a store in North Philadelphia.

The pain of losing her only child is still very raw for Kathy Lees.

"He was a special, special boy he was so smart, he had so much potential. I remember him every day," said Kathy Lees, mother.

Just after 11:00 p.m. police were called to the scene for a shooting.

They found both Reyes and his friend shot.

Reyes later died from his injuries.

Lees says her son's friend, who survived, could shed light on who did this but refuses to talk.

"I'm so angry at that. I'm so frustrated and angry that - how could he do that," she said.

The Citizens Crime Commission is administering a $1,000 reward and the City of Philadelphia is offering up to $20,000 for information that leads to the arrest and conviction of the person responsible.

Lees is from New York City, but moved here for her son.

"I brought him here to give him a better life because I thought things would keep him safe here. My family keeps telling me to go back to New York City - I can't leave until there's justice for my son," said Lees.