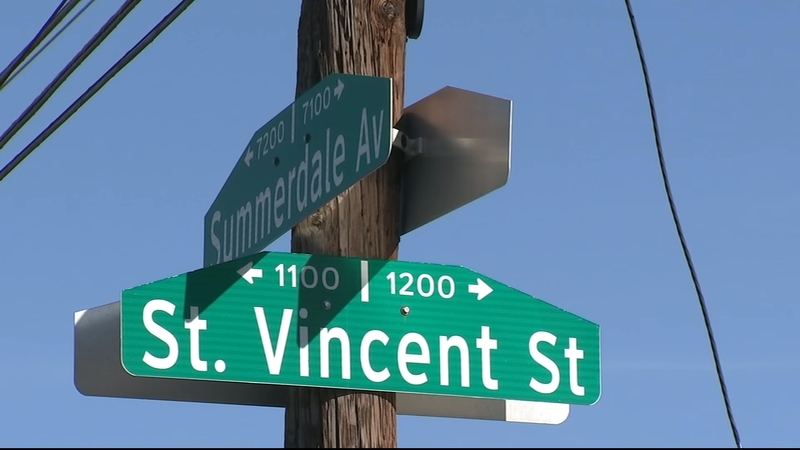 PHILADELPHIA (WPVI) -- A fatal hit-and-run claimed the life of a woman in Northeast Philadelphia.

Investigators are now hoping surveillance video released on Friday of the November 10 hit-and-run will lead them to the driver.

Police say 61-year-old Saixiang Lin was struck and killed by a hit-and-run driver.

"It's horrible, I know, yeah we never expect that to happen," said Joy Lin, the daughter-in-law of the victim. "We just saw her the night before, and then she went out in the morning and never come back really sad."

Police say the driver struck her mother-in-law on November 10, around 6 a.m., at the intersection of St. Vincent Street and Summerdale Avenue.

"He knew exactly, what he had done, but he just ran away," said Lin.

Police released surveillance videos showing a man parking at Tyson and Algon Avenues. He got out, looked at the car, and walked towards the scene, only to come back about 20 minutes later, to leave again, according to investigators.

Multiple surveillance videos have been recovered, showing the car, a 2005 to 2009 white or silver Chevy Uplander, with either no wheel covers or black wheel covers. Police say this is a unique vehicle.

"I would implore folks to take a look at that they probably recognize that individual as a friend or neighbor," said police captain Mark Overwise.

Neighbors say they are heartbroken.

"It's very sad, and I know her, we all know her around here," said John Wong, a neighbor.

Lin says her family is pleading for the driver to come forward.

Lin adds her mother-in-law would walk through that intersection weekly to collect cans in the neighborhood to help support the family.

"We really want to catch him, and make him pay, send him to the jail too," said Link, "But it's useless. My mom will never come back."