Warning: This video may be disturbing to some viewers
WPVI 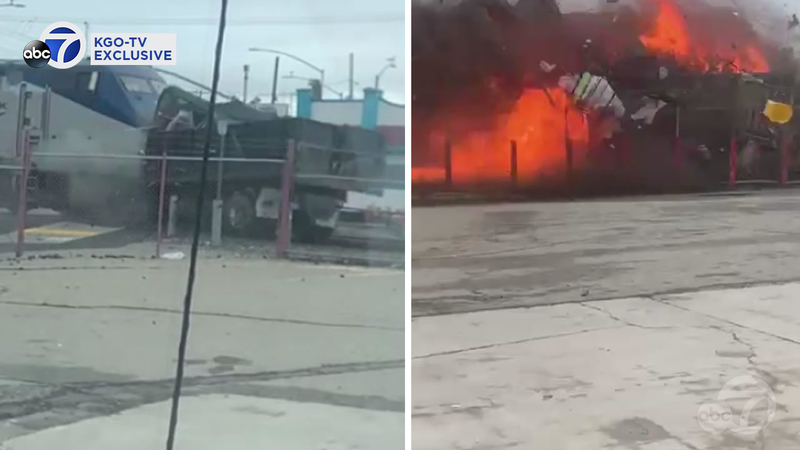 OAKLAND, California -- An Amtrak train with 111 passengers and crew members on board was captured on camera slamming into a truck on the tracks at a railroad crossing in northern California.

The crash in Oakland, California, on Thursday caused a fiery wreck that amazingly did not result in any deaths or injuries, officials said.

In the video, the eyewitness starts recording as the railroad crossing's lights and sounds were activated. Only seconds later, a person is seen walking away from the truck before the Amtrak train collides, creating a moving fireball of wreckage.

The train stops, and later in the video, what is left of the truck smolders.

The driver of the truck was not in the vehicle when the crash occurred, fire officials say.

Oakland fire officials say that an Amtrak train struck a truck that was on the tracks at E 10th Street and Fruitvale.