'Obi-Wan Kenobi' is a six-part series that begins 10 years after the dramatic events of "Star Wars: Revenge of the Sith."
WPVI
By Alicia Vitarelli and 6abc Digital Staff 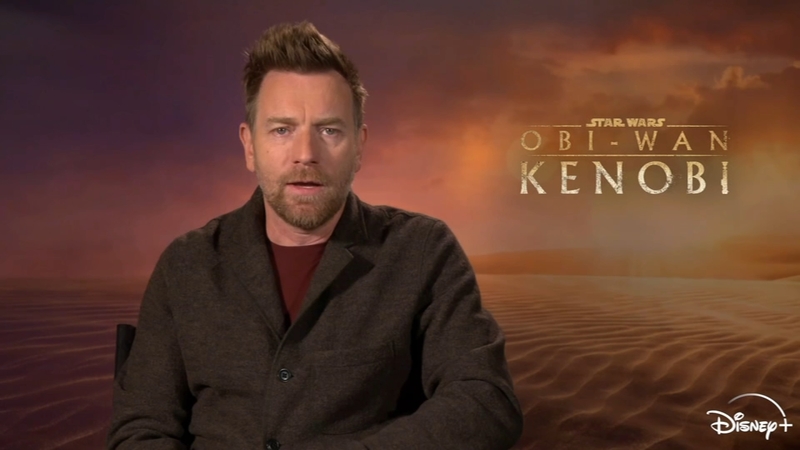 The six-part series begins 10 years after the dramatic events of "Star Wars: Revenge of the Sith" and "Star Wars" fans are salivating over the return of two of the franchise's most iconic characters: Obi-Wan Kenobi and his friend-turned-for Darth Vader.

Ewan McGregor steps back into the title role of Obi-Wan Kenobi for the first time since 2003. He says he never imagined he'd be back - but he's all in.

Ewan McGregor talks about reprising his role as Obi-Wan Kenobi in the newest Star Wars series fo the same name.

"I have to say it was really great to play him again and play him in a different place," said McGregor. "We have to take Obi-Wan to a sort of darker place at the beginning of this series."

He's also facing an old foe. Hayden Christensen is back as Anakin Skywalker.

"The Darth Vader costume was a real beast," said Christensen. "It's a real joy to get to wear it. As well as an honor."

"Vader is not a character that you bring back lightly," she said. "There was a very strong brotherly love and relationship between the two of them. It's a very intense relationship."

McGregor says this series gives them more space and time to explore the story.

"It really felt like we shot one movie and we had six hours to tell the story," he said. "And that's lovely."

"Obi-Wan Kenobi" is a six episode limited series. The first two episodes are now available, with a new episode available every Friday.